One of titles by THQ Nordic brought to E3 2019 is Destroy All Humans! which is a recently announced, comprehensive remake of a humorous action game from 2005, supervised by Black Forest Games studio. We've already seen the trailer, so it's about time to see how the production looks in action. Below you will find the video material on which the first part of the game was presented.

As Reinhard Pollice from THQ Nordic says in an interview with Geoff Keighley, the work on the game started two years ago. The devs created this title basically from scratch - while the story told in the game and the general assumptions of the game remained unchanged in relation to the original, the graphics and and the audio-visual layer were fully redesigned, all in order to meet modern standards.

While playing Destroy All Humans! we're gonna play the alien that hit the Blue Planet in search of a missing friend. People are so screwed that his race needs our DNA to survive. The hero travels through our world, spreading chaos and destruction wherever he appears, as well as performing the tasks assigned to him by his boss, who sits in the mother ship in orbit.

Production is currently in the pre-alpha phase and its premiere is planned for the beginning of 2020. Remember, Destroy All Humans! is coming out on PCs, Xbox One and PlayStation 4. 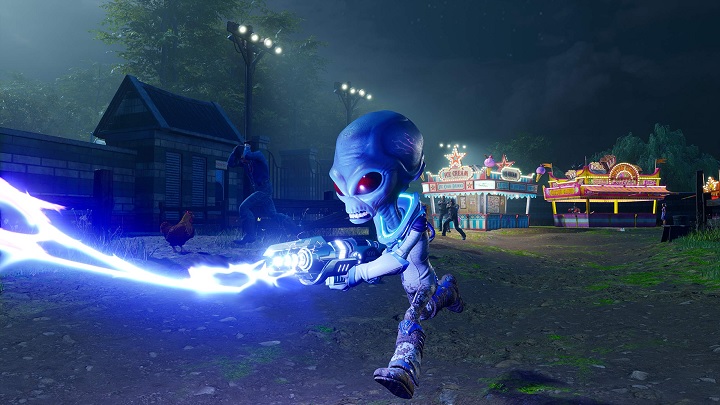