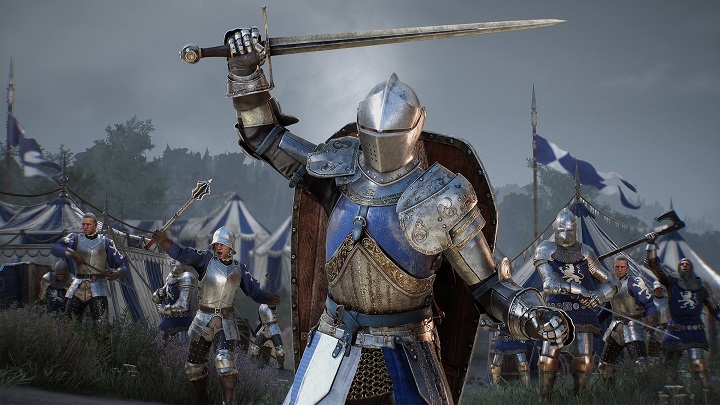 Chivalry 2 will debut only on Epic Games Store this year.
IN A NUTSHELL:

Chivalry 2, a sequel of the popular 2012 online action game, was announced during the conference preceding the E3 fair in June 2019. Since then, the game went off the radar, until today, when first materials from a closed show for journalists have been released on the web, thanks to which we can take a closer look at the gameplay in this production.

Everything seems to indicate that the title will be a worthy opponent of Mordhau, and the sword waving capabilities it offers will satisfy many fans of medieval "simulators". The combat looks dynamic and players are given a range of different strikes and other maneuvers. Their skilful use will tip the scales of victory in our favour. A knight will not be put in a situation without an exit, because even lying on the ground, it will be possible to protect oneself from a deadly strike (e.g. rolling in the opposite direction). In the videos below you can take a closer look at the gameplay of Chivalry 2 (and many additional videos can be easily found online). However, keep in mind that this is still an early version of the game, and the developers point out that there will be many improvements to the final version (especially in terms of animation).

Chivalry 2 will launch on PC only on Epic Games Store in 2020. Unlike in the first part of the series, 64 knights will now be able to take part in the battles at the same time (the presented gameplays show only smaller scale skirmishes, however), and players will also be able to fight on horseback. What's more, there's also an atmospheric trailer on the web, which presents the story of the game (you can find it below), and information about registrations for closed alpha tests that will start in March this year (you can register at this address).