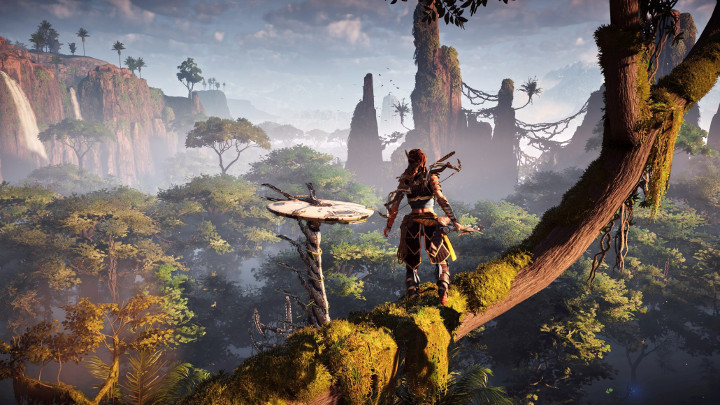 The PC version of Horizon Zero Dawn will launch in digital distribution on August 7 (Epic Games Store, Steam). The game will be available together with the Frozen Wilds expansion. The port, which was announced by Guerrilla Games last year, has been eagerly awaited by PC users for many months, thanks to which the game has reached Steam's bestseller list in July. The players are hoping for much better performance and visuals compared to PlayStation 4, where Horizon Zero Dawn appeared in 2017. If we believe the first reviews, their hopes are fulfilled. On Metacritic the port has an average rating of 87 points.

The reviewers emphasize the high quality of the port and the extremely solid work that developers have put into adapting title to work on PCs. The game offers rich configuration options, enabling us not only to adjust the level of detail or disable additional visuals effects but also to freely set the maximum number of displayed frames per second.

Also noteworthy is full support for mouse and keyboard-based controls. In this case, however, some reviewers had some problems with the smooth functioning of the camera. Critics also praise the game's optimization. They emphasize that at the highest settings, the title leaves the console version far behind, which is due to the new details of the environment, such as dynamic and animated vegetation, and support for ultrawide monitors.