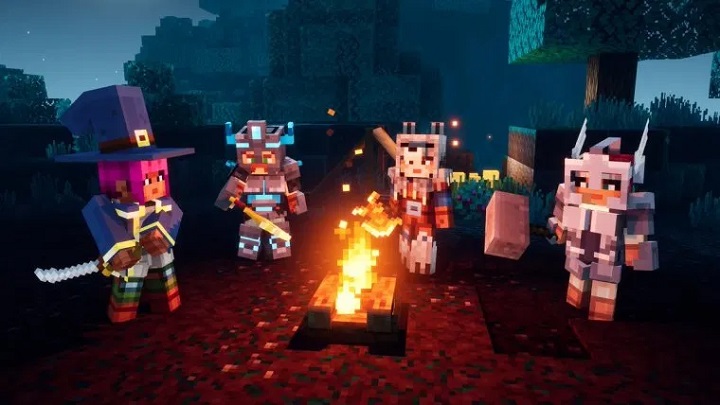 Minecraft Dungeons is another Minecraft experiment.

In five days, we will see for ourselves how the mix of Diablo and Minecraft, better known as Minecraft Dungeons, works (or doesn't). However, if you don't want to wait until the release, the first reviews of the game have already appeared online.

Reading the reviews of Minecraft Dungeons, one can see a certain curiosity. In fact, all the reviewers agree that the game is exactly what was announced - a light dungeon crawler full of Minecraft vibe. The gameplay is extremely accessible and even people starting their adventure with the genre should have no problems with mastering the game. The gameplay is a lot of fun, especially in cooperation mode. Even in technical aspects it's impossible to find any bigger complaints - the title runs on Unreal Engine 4 and looks great, and few people have noticed significant mistakes. The story may be a slight disappointment, presented in a very residual form, but even this has its charm. 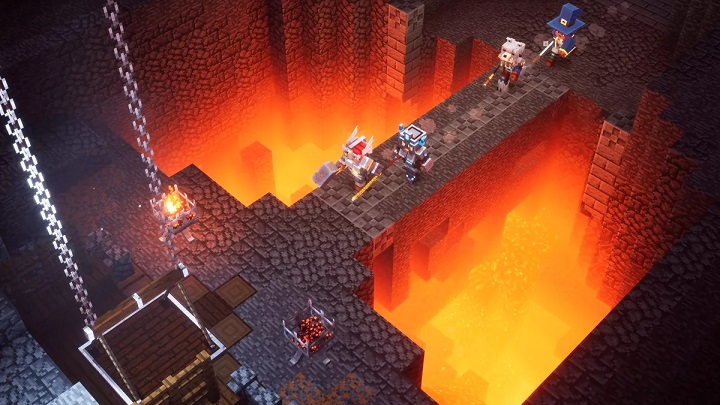 Visiting the dungeons in the world of Minecraft has its charm, but the gameplay is not very extensive.

However, there is a very important reason why these praise did not translate into ratings above 9/10. Minecraft Dungeons is a heavily simplified dungeon crawler. The lack of skill trees, classes and similar systems makes it impossible to feel any progress in character development throughout the game. As a result, the gameplay, although pleasant, quickly becomes repetitive during longer sessions, especially if we play alone. The very modest size of the game does not help either - it takes about six hours to complete the campaign. There are also additional difficulty levels, and the developers have announced DLCs with new content, but this does not change the fact that Minecraft Dungeons is not the most extensive game in the backyard.

In short, Minecraft Dungeons is exactly what you could expect from the announcement. The game is unlikely to attract people who have eaten their teeth on dungeon crawlers for much longer, and others should dose the game in short sessions. However, if you're looking for a hack'n'slash to play freely with non-gaming friends or younger siblings or just love Minecraft, the new work of Mojang should appeal to you. Minecraft Dungeons will debut on Tuesday, May 26 on PC, PlayStation 4, Nintendo Switch and Xbox One. The title will then join the latest set of games added to the Xbox Game Pass library.