The Minecraft Live 2021 event has come to an end. During the over two-hour-long stream Mojang presented, among other things, news on upcoming updates for Minecraft, announced the arrival of the Minecraft PC Bundle to Xbox Game Pass, and presented the season mode with a battle pass in Minecraft: Dungeons.

Mojang shared plans for Minecraft 's development after the upcoming second part of Caves and Cliffs. The next update, scheduled for 2022, will be called The Wild. It will be smaller than the previous one, but it will introduce significant new features and changes, especially in terms of further increasing the variety of biomes. 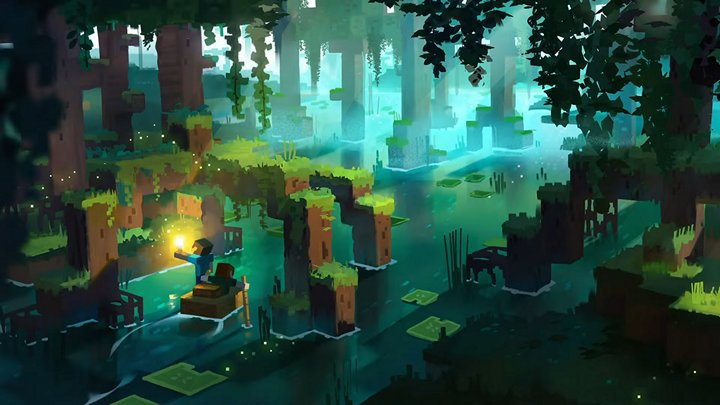 A mangrove forest in a concept art. Source: Mojang.

The first new feature will be the Deep Dark biome, which was originally supposed to appear in Caves and Cliffs. Players will explore mysterious ancient cities, temples and other structures, hiding various secrets and unique loot, of which there will be a lot in Deep Dark. We'll also find there new sculk blocks and the blind Warden. The latter reacts to smells and sounds, so to avoid him, the player will have to sneak and use the environment to deceive the monster. Disturbing sounds and atmospheric music will complement the horror atmosphere.

The Wild Update is to increase the diversity of biomes through the appearance of more characteristic elements for each environment. The biggest transformation awaits the swamps, where large mangroves will appear. Players will be able to move under their roots, and the new trees also mean a new type of wood. Frogs, tadpoles and fireflies will also appear on Mangrove Swamp. 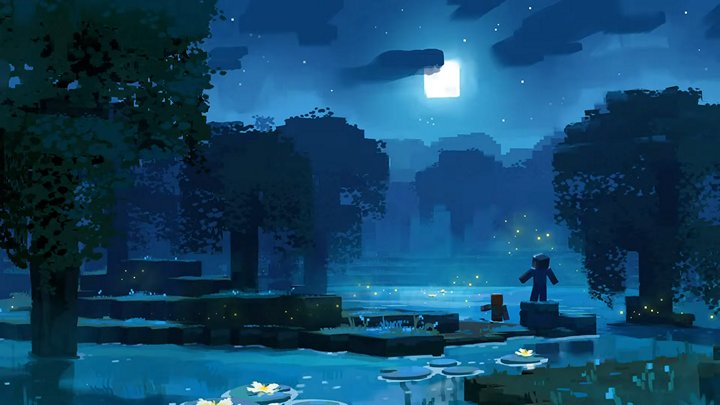 The Cloudy Climb is the next update for Minecraft: Dungeons. After six DLCs (the latest being Echo of the Abyss, which we wrote about here) the game will receive a Seasonal Adventures mode with a battle pass filled with rewards, available in free and paid options.

Interestingly, the seasons will not end with the start of the next one, as it happens in most games. The player will be able to return to previous seasons and complete tasks from them at any time. There will also be a new game mode, The Tower, in which we'll have to traverse the titular tower with levels of increasing difficulty filled with unique items and enemies. To make sure it's not too easy, the player will start each raid with a new character and levels will change every two weeks. The Cloudy Climb update is coming to Minecraft: Dungeons in December.

During the stream, the final vote for the new mob in Minecraft, which we wrote about in more detail here, was resolved. From among three mob candidates - Glare, Allay and Copper Golem - players eventually chose Allay, who will appear in the game with the next update. In the second vote, the creature won with 54.3% of votes, with Copper Golem coming in second with 45.7%. 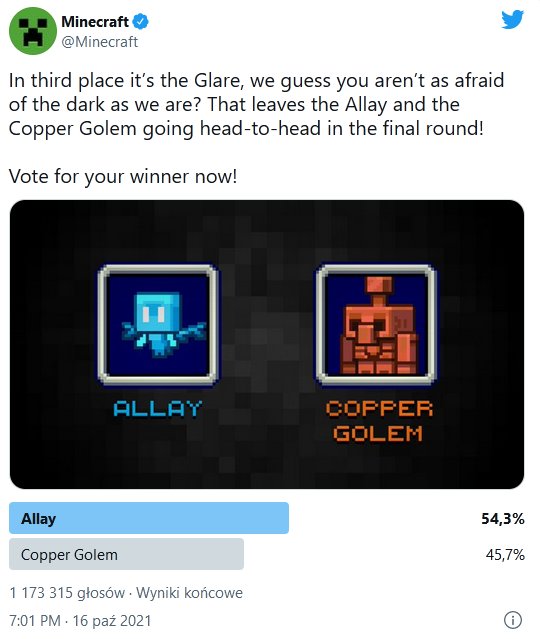 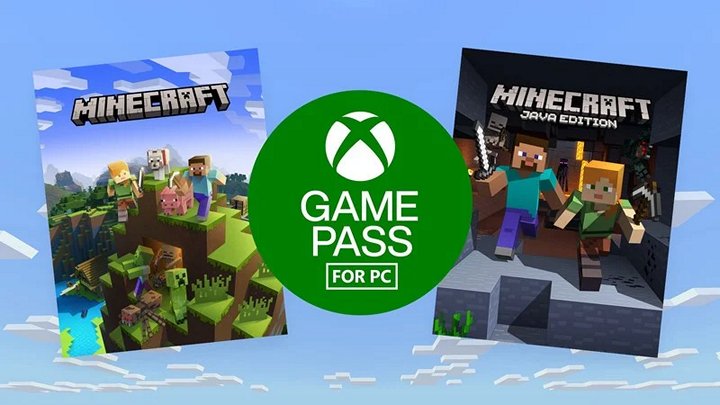 Mojang fulfilled the wish of PC users - they will finally get the Minecraft PC Bundle, which means Minecraft: Bedrock Edition and Minecraft: Java Edition in one bundle, which will additionally hit Xbox Game Pass on November 2. In 2022, the bundle will also become available for purchase outside the service, and those who already own one of the versions will get the other one for free.

More details on the second part of the Caves and Cliffs update. Minecraft will finally generate worlds in a similar way, regardless of version, thanks to the "seed parity" feature. Bedrock Edition and Java Edition created different lands despite the same seed - now this is to change. The creators posted a tweet with a video showing the effects of their work using the same seed in both editions:

Another important new feature will be "world blending". Players will get the ability to port their worlds to the latest version of MinecraftThe blending option will be used for this purpose. One of the developers showed an example of his world on the stream, which after loading in the new version was automatically expanded by the game with a cave system. The result of this procedure can be seen on the screenshot below:

Second part of the Caves and Cliffs update will arrive, as announced during the stream, by the end of this year.

Analogue Pocket Will Not Only Run Games, but Also Tell Their History