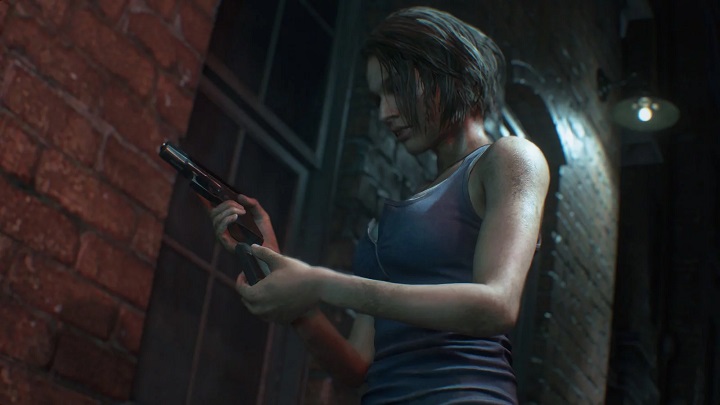 The second trip to the undead Raccoon City will take place in a few days.

This Friday, we will return to Raccoon City to face the zombie plague as Jill Valentine. You can already check out the first reviews of Resident Evil 3. So how's the next remaster of Capcom's undead franchise?

Among the fans of the series, there is a common belief that the original Resident Evil 3: Nemesis was slightly inferior to the outstanding Resident Evil 2. Apparently, history likes to repeat itself, because the refreshed RE3 gets significantly lower marks than the remaster of the second part of the franchise. Yes, there are some very positive reviews, and the 80/100 average of nearly 50 reviews for the PlayStation 4 version (via Metacritic) is still an excellent score. However, many critics have been less enthusiastic about their second return to Raccoon City than a year ago.

What, according to some people, didn't click in the refreshed RE3? Certainly not the technical layer, because the game's audiovisuals are widely praised by reviewers, and complains about issues there are very rare. Also, the gameplay does not generally fail, based on the formula known from last year's Resident Evil 2 with some additions (e.g. dodges). Some of the changes didn't appeal to a few reviewers, but this is just a drop in the ocean of praise for the improved game mechanics. The story, also slightly modified in comparison to the original, was also considered a plus, which - according to most critics - did the game good. 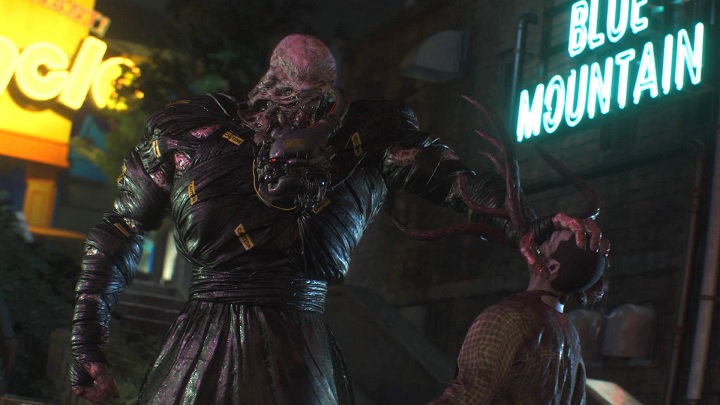 Nemesis definitely is scary, but is he as frightening as Mr. X?

However, there are issues that have more or less spoiled some reviewers' adventure with the title. In general, they can be divided into two categories, the first of which can be summed up as "flaws present in the original". Just like the original, Resident Evil 3 Remake is a very short production and can be completed in just over 6 hours. It also doesn't help that - same as before - the game doesn't offer any additional campaign with the second character (controlled only in selected sequences). Some reviewers were also disappointed by Nemesis, who one again appears pretty much only in scripted sequences and so - as these malcontents want it - does not scare as much as the infamous Mr. X.

Paradoxically, the second problem mentioned by the more critical reviewers are some of the changes introduced by Capcom. This would be the removal of some of the content, which has already been applied in the previous remake, but according to some, this did not work out as well in RE3. Apart from an objective evaluation of these "missing" elements, their absence further reduces game time in an already short title, which leaves the players wanting.

Of course, this doesn't mean that the new RE3 is a bad game - the average ratings (depending on the platform - here from Metacritic) vary between 72 and 85/100, which speaks for itself. The game still provides a lot of fun, and for every "worse" review (read: with a note of 7/10 or lower) there are a lot of very positive texts. Nevertheless, it seems that the remake of the third game - although still very much playable - is a bit worse than the last two installments of the series. Whether this is the case, you will see for yourselves on April 3, when the title launches.