Tomorrow will mark the release of The Medium, a new game by Bloober Team. How did the devs do this time? The answer to the question is brought by the first reviews. Among them there is our text, where Brittany Vincent shares his impressions from the game.

As we can see, The Medium has garnered scores across almost the entire scale, ranging from a perfect 10/10 to a disappointing 4/10. At the time of writing this message, this has given the game an average of 76/100 based on 26 reviews (on PC; 73/100 for the XSX/S release from 54 ratings) gathered by Metacritic. The game thus boasts a higher Metascore than Bloober Team's previous project, the otherwise warmly received Blair Witch (69/100 for the PC release based on 45 reviews). Nevertheless, it looks like the Cracow team's game has divided the reviewers. Again.

The reviewers' lack of consensus on The Medium's score can be seen in their opinions on individual elements. The biggest malcontents complain, among others, about the puzzles, which are not very varied and sometimes annoying, excessive length of the gameplay, and the bland design of the locations. However, even slightly more positive texts, we can read the opposite: that the puzzles are "decent", the locations are stylistically great, and the game is too short. Equally extreme were the assessments of the soundtrack (too weakly distinctive or excellent), the horror elements (killed by lack of greater challenges or constantly accompanying the players), and the narrative (either too fragmented or maintaining a brilliant pace). Here and there there were also complaints or praise in the context of references to Polish history and setting 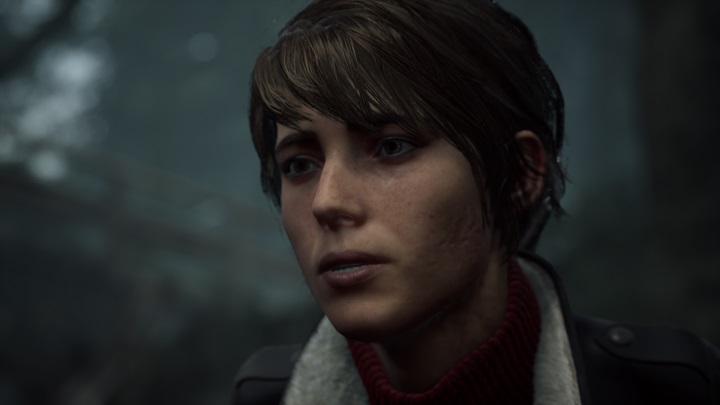 Rarely do reviewers send such contradictory signals as in the case of The Medium.

Fortunately, there are issues on which reviewers were relatively unanimous. The first are the technical aspects, especially in terms of optimization. On the other hand, the dual world mechanics, the game's de facto main attraction, were appreciated, as was the great use of the locked camera to build tension.

In short, The Medium is probably a textbook example of a game that arouses as much admiration as it does complaints, and the review scores alone are not enough to pass final judgment. Nevertheless, the effects of this mixed reception can be seen in today's stock price of Bloober Team, which is fluctuating (via StockWatch.pl [In polish]). How this will change after the launch of The Medium on PC and Xbox Series X/S - we will find out tomorrow. The title will be immediately available as part of the Xbox Game Pass service.