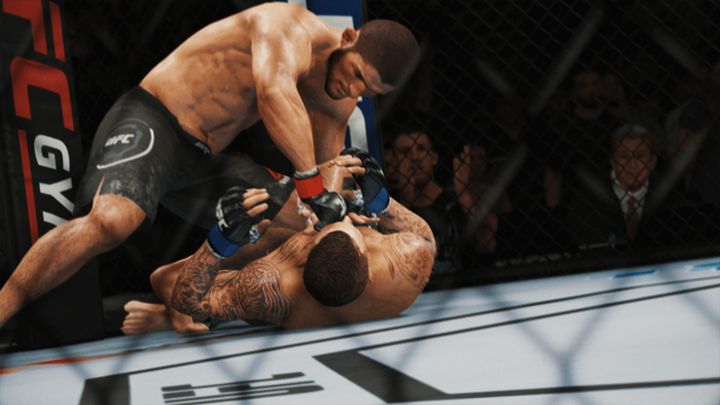 UFC 4 is a successful, but not revolutionary installment of the famous MMA series.

Today marks the release of UFC 4 - the latest sports game dedicated to MMA, which was created by EA Sports. The game is available on PlayStation 4 and Xbox One for $59.99 (note that EA Access subscribers will pay slightly less - details can be found on the linked game profiles).

Reviews of this title suggest that we are dealing with a decent installment, which has been improved by several mechanics, but has not brought a revolution.

"EA Sports UFC 4 is a largely iterative sequel that tightens up some looser parts, makes a few smart tweaks here and there, and doesnt rock the boat all that much. And in that sense, its a success. The new submission system is a big improvement over prior years, there are some great changes to career mode that make it much more fun to mold a fighter that suits your own playstyle, the new grapple assist system is a great tool to help complete newcomers not feel lost if they get taken down, and as a whole, the fighting system remains incredibly deep. Longstanding problems still remain in the ground game and some dated visuals, but without any competition for the title, EA Sports UFC 4 still remains the king of combat sports," writes Mitchell Saltzman, IGN.

Without a doubt the best MMA videogame ever made, EA Sports UFC 4 supplements a welcome array of new offline and online modes with a revamped and endlessly sophisticated combat system that everybody can enjoy. For MMA fans it doesn't get any better than this," John-Paul Jones, PlayStation Universe.

"UFC 4 is a better game than UFC 3. While some of the systems might take a little bit of getting used to, there's a more refined experience here. One that's a little bit more welcoming to many different types of players and that's been done without sacrificing the level of depth and quality to the fighting that fans have come to expect from the series," William Schwartz, Attack of the Fanboy.

On Metacritic, this title currently has an average review score of 79%. On OpenCritic the score is a bit worse (77%).