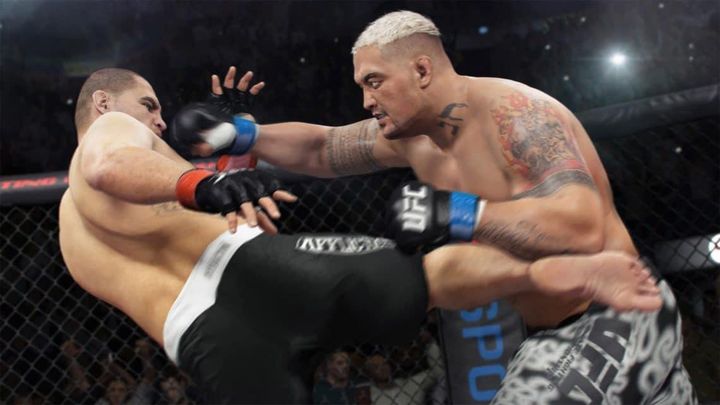 Didn't EA prepare the game for next gen?
IN A NUTSHELL:

EA Sports UFC 4 is another title in which we will be able to play as famous mixed martial arts fighters. The developers announced that the game will be available from August 14, this year on PS4 and Xbox One. It is also possible to place pre-orders which will give us playable characters of Tyson Fury and Anthony Joshua. In addition, the pre-orders will include an extensive set of cosmetic accessories.

Surprisingly, UFC 4 has not been announced on PlayStation 5 and Xbox Series X. Nate McDonald, one of the developers, explains that for the time being, the capabilities of new platforms are being researched and premature declarations are uncalled for. In an interview with Polygon, EA also admitted that backwards compatibility will be introduced on upcoming consoles if the title is released. There is only one condition: both Sony and Microsoft will have to offer this service. Fans may be confused by this information, as the Xbox edition cover of the game shows information about the availability of the title on both generations of hardwares.

EA has announced many improvements over the previous installments of UFC. The game will be more realistic and at the same time more accessible to attract new players. A career mode will also be expanded, being is very popular feature among fans. Training will continue to be a key element of the game, but the devs will give up mini-games in favor of typical sparrings providing points to develop the player's skills.

The players will also be able to personalize their characters more accurately. The tattoo creator will be changed, and warriors will be able to wear hats, crowns and even masks of Mexican wrestlers. Each of these accessories will, of course, be purely cosmetic in nature and will not affect the gameplay. As you can probably guess, some of the beautifiers will be available for real money in microtransactions.