The users of the ResetEra forum have been able to tie these screens to the graphical assets used in the Unity 5 technical demo called The Blacksmith. It seems, then, that the entire leak is fake. Below, you can read the original news.

That the next part of the Assassin's Creed series will take us back to the Viking era and has been a gossip for a while now. At the beginning of April, the first unofficial details about the game became available, while today, on the ResetEra forum a post appeared, the author of which reveals further information, and also presents players with some screens (of rather poor quality, but still). Before we discuss these reports, we must emphasize they have not been confirmed in any way by Ubisoft, so we should still treat take with a pinch of salt. 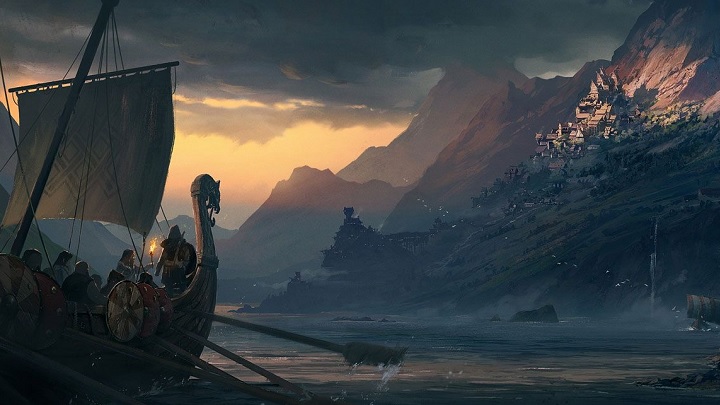 It is said that Assassin's Creed Ragnarok is to be announced in the second half of 2019.

Date of Release and the Plot

Let's begin with the fact that, according to previous reports, the production will be entitled Assassin's Creed Ragnarok, while its code-name is Assassin's Creed Kingdom. It should be released in 2020, and will arrive to consoles of the current and next generation.

In the game, we will play the role of an ally of Ragnar Lodbrok, the legendary ruler of Denmark, who died around AD865; before his death, the fleet belonging to him allegedly reached inland France, managing to plunder Paris. The production will also allow us to stand shoulder to shoulder with the Great Heathen Army led by the sons of Lodbrok - Ivar, Halfdan and Ubbe.

In Assassin's Creed Ragnarok, the thread of the first civilization will also return, but it will only be a subplot; it is said to revolve around Mjolnir, the hammer belonging to the mythical Thor.

Of course, the authors will give us an open world; it will span the entire United Kingdom, Denmark, Sweden, Norway and Finland. The individual kingdoms will be divided into regions and the settlements will change as you play, with an impact on the internal economy.

Interestingly, the creators are supposed to put more emphasis on exploration than before, and in an attempt to encourage players to explore the world of their own accord, they will remove question marks from the map. On the other hand, there will be plenty of RPG elements, which are apparently becoming standard in the series. Another matter is that just like Bayek, or Aleksios and Kassandra, the protagonist will have an eagle at his disposal as well. Although we will be able to complete the story quests on our own, side quests and other optional activities can be completed with other players in a coop mode.

As for clashes with opponents, we will, once again, take part in large-scale battles, during which we will use both an extensive arsenal of melee and ranged weapons. In addition, the character we're playing will be a real assassin, so the hidden blade will also be available. Naval battles will also return, although sailing is expected to be less important than in Assassin's Creed Odyssey. The creators also give a lot of though to armors, and the change of appearance is supposed to affect our publicity in individual kingdoms.

Assassin's Creed Ragnarok is allegedly primarily the work of Ubisoft Montreal, aided by Ubisoft Sofia, whose main task, however, is to prepare a DLC. The action of the latter is to be set in Iceland, and players will travel through nine mythical worlds, using Yggdrasil (the giant tree on which all the lands were located). The creative director of the project is Ashraf Ismail (who supervised Assassin's Creed Origins and Assassin's Creed IV: Black Flag).