Almost two years have passed since the eighth installment of Fast & Furious found its way to the silver screens. Universal Pictures, however, does not forget about the franchise, which brings more and more income to the studio, attracting millions of viewers to cinemas all over the world ever since the debut of its fifth part in 2011. The confidence in the franchise is so great that the filmmakers decided to produce the first spin-off, officially titled Fast & Furious Presents: Hobbs & Shaw. Today, the films first trailer appeared on the web. The premiere of the film is planned for summer this year.

Fast & Furious Presents: Hobbs & Shaw takes place two years after the events depicted in Fast & Furious 8. British MI6 agent Hattie Shaw (Vanessa Kirby) takes on a dangerous anarchist terrorist known as Brixton (Idris Elba), who aims to destroy the world. He has not only cunning and possesses extraordinary intellect, but also superhuman strength and endurance, which are the result of genetic experiments. To track down the terrorist Shaw recruits two specialists  a former special operative Luke Hobbs (Dwayne Johnson) and her own brother Deckard Shaw (Jason Statham), a mercenary who previously worked with the MI6. The relationship between the characters will be very tense. Although they are forced to work closely together, it doesn't mean that they won't try to prove who's better at every step. Universal also started working on the ninth installment of Fast & Furious, which is scheduled for release next year. The movie wont be featuring Dwayne Johnson anymore, though. 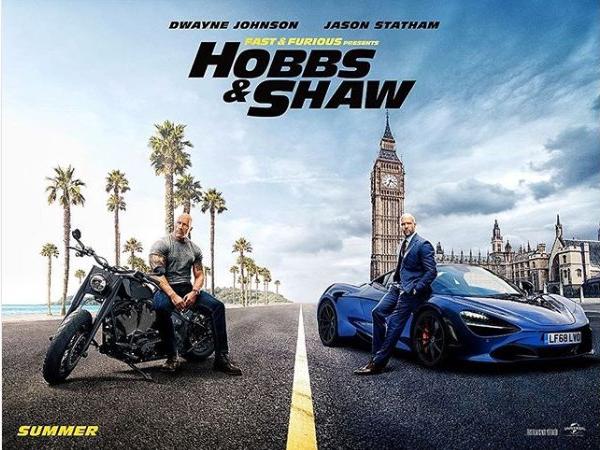