On November 22, 1995, 27-year-old Colin McRae won his first and only WRC championship. He thus went down in history as the youngest triumphant in this rally category. The 25th anniversary of this event was celebrated by Codemasters. As part of the celebration, DiRT Rally 2.0, the latest instalment of the franchise, which was promoted by McRae himself for many years, a major expansion inspired by the career of the famous Scottish driver will be released. It's called Colin McRae: FLAT OUT Pack and will debut on March 24 on PC, PlayStation 4 and Xbox One. It will be available at no additional charge to all owners of any season pass. Others will receive an option to purchase it separately.

Colin McRae: The FLAT OUT Pack owners will get access to many attractions. First of all, it promises to be extremely interesting to see 40 scenarios that recreate the most important moments in the career of the "Flying Scotsman" of the 80s, 90s and 2000s. So far the details of one thing has been revealed - you will have to win the New Zealand Rally behind the wheel of a Subaru Impreza with a lead of at least 40 seconds, i.e. to repeat McRae's feat from 1995. Information on the rest will be given soon. 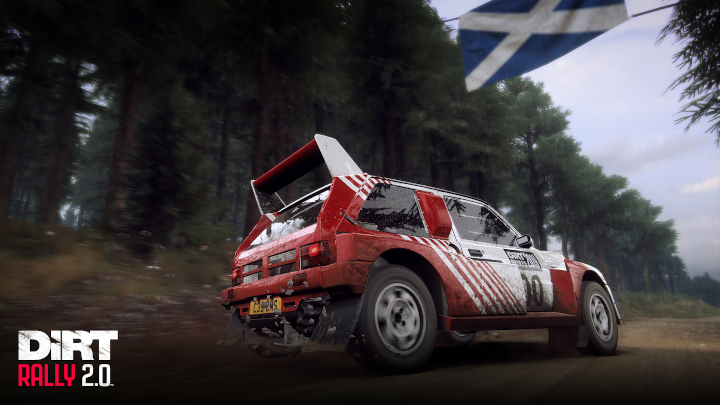 With this new addition you will be able to take part in the most important moments of Colin McRae's rally career.

We've already mentioned Subaru. McRae is most associated with this car brand, so no DLC prepared in his honour could have missed those cars. As part of Colin McRae: FLAT OUT Pack, DiRT Rally 2.0 will feature two models from this Japanese car maker - Impreza S4 Rally (debuted in 1998, being the same age as the series of rally games from Codemasters) and the classic Legacy RS, which could be seen on rallies in the early 90s. They can be seen in all their glory on the screenshots below.

That's not all. The team from Codemasters has also prepared a new location, which will be introduced in Colin McRae: FLAT OUT Pack. It is located in Scotland, the homeland of the famous driver. According to the creators' assurances, the 12 sections it will offer are to be really demanding and challenging for the most experienced players. However, overcoming them should bring a lot of satisfaction and prove our skills.

Next month, DiRT Rally 2.0 will celebrate its first birthday. The title was warmly welcomed by both critics and most players, as evidenced by the positive feedback on Steam. Who knows, maybe the DLC related to highly-popular McRae will increase the popularity of the title even more.