Microsoft Flight Simulator, despite belonging to a niche flight simulator genre, turned out to be a great success for Microsoft, which probably came from the combination of innovative technological solutions, great graphics and the game availability in Xbox Game Pass. On Thursday, in the weekly report, the devs boasted of the impressive numbers achieved by Flight Simulator 2020 so far. For Microsoft, it was the biggest launch in the history of Xbox Game Pass. 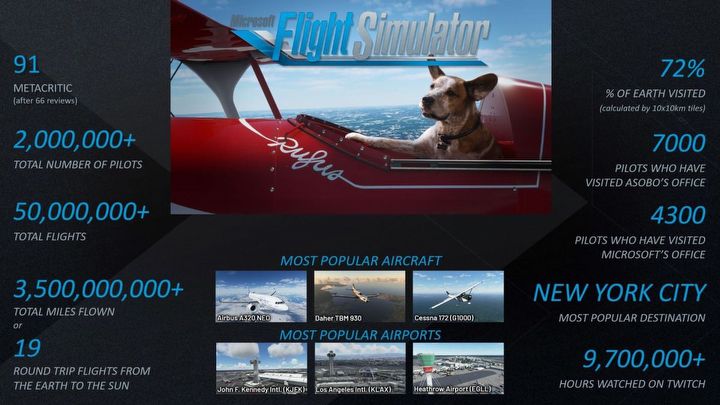 Microsoft Flight Simulator results are impressive for a "niche genre".

From the presented infographic we can learn, among other things, that more than two million players have already tried their hand at the helm of civilian aircraft, having completed over 50 million flights across a total distance of 3.5 billion miles. The most popular place to visit is the New York City, recreated using the photogrammetry technology. Three airports turned out to be the most popular stops: JFK in New York, LAX in Los Angeles and Heathrow in London, while among the planes, the players mainly chose the passenger Airbus 320Neo, the small Cessna 172 and the Daher TBM 930, presented on trailers. 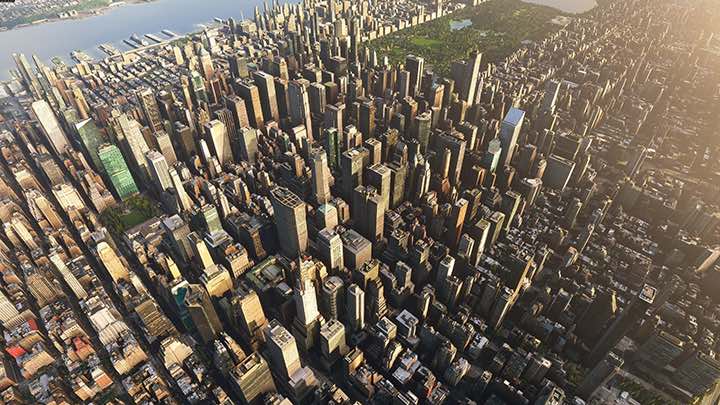 New York City was the most visited place in Microsoft Flight Simulator.

Virtual flying is also eagerly watched on Twitch, where MFS2020 has accumulated almost 10 million hours to date. What's interesting, in the thicket of numbers there were no results of the game's actual sales figures. Let's recall that during The Game Awards gala , a version for Xbox Series X and S was finally announced, to be released in summer 2021. In December there will be an update with VR goggle support, and at the end of January the devs will release a revised map of the UK.

On the occasion of its Holiday commercial Microsoft took advantage of the popularity of Flight Simulator, which has successfully become the company's flagship yet again (the series was very popular in the 90s), next to Halo's Master Chief and Minecraft. In the prepared clip we can admire dogs dreaming of heavenly travels!