World of Warcraft: Shadowlands may not be the biggest revolution in the history of WoW, but one of the novelties introduced in the expansion was initially received with enthusiasm. We're talking about the Torghast prison tower, an unusual raid that turns the game into a de facto roguelike. Unfortunately, after some time it became common to complain about this activity. That's why Blizzard decided to make some corrections to Torghast in the form of numerous updates and hotfixes, which appeared in recent days.

The concept of Torghast itself was well received by the majority of players, but the game experience is spoiled by the combination of three problems. The trips to the tower are too long and not very profitable, especially since the prizes are only received after the last boss is killed. In addition, some of the power of Anima (used as modifiers) was removed after beta-tests, which made it more difficult to find more interesting buffs. There are also complaints about the level of difficulty, although even after the debut of the new, more demanding tower floors you can see a lot of dissonance here and it's hard to judge whether Torghast is too easy or too difficult for the players.

The changes made by Blizzard seem to solve these problems (at least partially). The developers have reduced the health of enemies and their damage. The current level 8 correspons to challenges at the old level 6, and a reset of cooldown has been introduced for important abilities, spells etc. after moving to the next level. This should speed up the journey through Torghast a little bit and make it not take long as before.

The same is done by shortening the time of hiding for Deadsoul Stalkers (from 30 to 15 seconds) and a handful of other enemy nerfs. Unnatural Power will no longer make bosses invulnerable to crowd control effects (i.e. making it difficult for them to take part in the fight) when the spell is accumulated tenfold. Also increased the time needed to activate certain abilities and magic cooldown for sorcerers with the Empowered buff. In addition, Blizzard made it easier for groups of players (less health and damage for mobs). 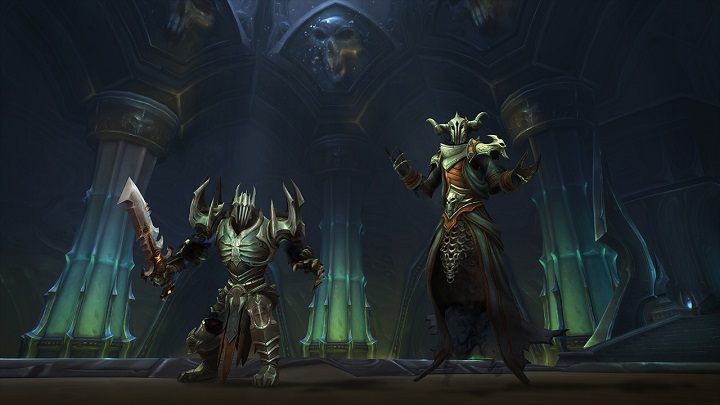 Blizzard does not want Torghast to be renamed "Boreghast" as some suggest.

The Anima system has also been modified. In the beginning, we will get a better power choice, and the chance of Anima cells dropping from killing enemies is increased. Moreover, in the latter case, the game will enable us to choose from at least three buffs, as long as we killed a rare creature. All this should slightly reduce the randomness and give players a better chance to prepare themselves for the battle with the boss without a too much grind.

Of course, this is only a part of the changes introduced by the creators in recent days, because Blizzard has also taken up the task of refining other elements of the game. The developers have also not solved some of the problems they mentioned in the post (for example, the increased difficulty of Torghast when using some classes). Perhaps this will be improved in the next updates, especially since this post on the game's forum mentioned that some of them may only appear today. The full list of modifications from recent days can be found here.