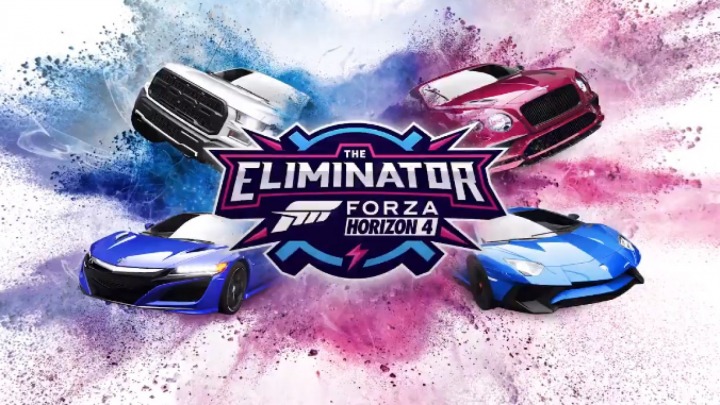 The 17th series of races will start tomorrow.

Forza Horizon 4 was released in October last year. Many drivers have probably already played most of the game modes and have a large collection of cars. The creators do not want to let their clients get bored and have decided to diversify the gameplay by introducing a mode called Eliminator, which will be nothing more than a battle royale with cars. This kind of fun has gained a lot of popularity in recent years. However, while the implementation of battle royale was natural in action games such as Battlefield V and Call of Duty: Black Ops IIII,, few people expected it in a racing game. The gameplay still focus on driving a vehicle, we will not get out of it and start shooting other players.

The game will take place on a standard map - the player will start at a random point of map, behind the wheel of a Mini Cooper. The initial phase will be to improve your car, which can be done in two ways. The first of them will be through points marked on the map with smoke, driving through such a point will provide the possibility of choosing one of several available cars. The second option will be to challenge another player to fight a duel by racing to a randomly marked point on the map. Of course, as in any battle royale, the zone will be constantly narrowed. When there are only 10 players left, they will have to race to the finish line.

Below is a gameplay recording from the official channel of the franchise run by the developer. The new mode doesn't look that bad, does it?

The game will also include new cars to unlock in the mini-campaign. These will be such gems as the 1970 Mercury Cougar Eliminator, the 2008 Renault Megane R26 R and the 2008 Porsche 911 GT3 RS. To sum up, if you've been waiting for a breath of fresh air, the update, which will be introduced today (December 12) at 10 AM PT, should appeal to your taste. It will be available at the same time on PC and Xbox One.