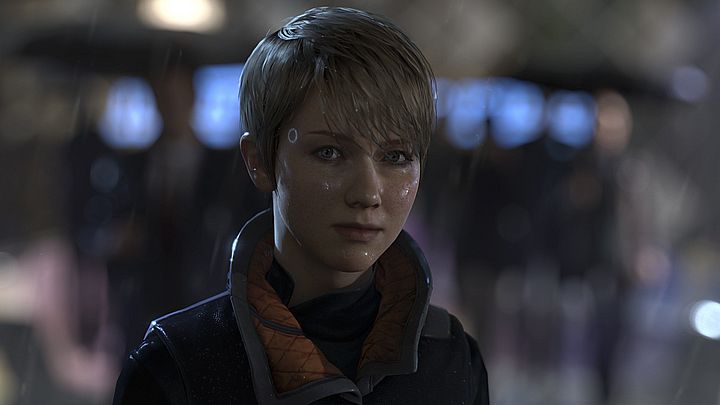 We kindly remind you that Eminem is also from Detroit and, judging by the number of words per minute he can rap, may be an android as well. This comment is completely unrelated to the picture, but just think about it.

Detroit: Become Human will be available at a price of $39.99, which, for a game originally released in mid-2018, seems a reasonable amount. Another thing is that on PS4 (where the title still sells very well) you can buy it for just $19.99... If you are interested in checking out the game on PC, we recommend to familiarize yourself with the official hardware requirements. The creators have also declared that a demo will appear, but we do not know when it will happen.

Detroit: Become Human is a production focused primarily on the plot, told from the perspective of three characters - androids. As you can easily guess, the action takes place in Detroit, in the near future. In terms of mechanics, the title resembles Heavy Rain and other games from Quantic Dream, so cheeky players can easily call it an interactive movie. Each of the three main characters has a unique feature or ability that they can use in the game. If you like adventure games that focus on "cinematic features" and storyline, you should not be disappointed.