Another free DLC has arrived to American Truck Simulator. Usually, new trucks are added in this free formula. And the tradition continues - the new vehicle is Freightliner Cascadia. Thus, another brand belonging to Daimler AG has appeared in the game, and in the game's open world we can now find new dealerships.

Currently three locations of Freightliner stores have been confirmed: Oxnard in California, Fort Collins in Colorado, and St. George in Utah. The new truck includes many customization and tuning options. It offers four cabs, 12 types of chassis, 13 gearboxes (including 18-speed Eaton and 7-speed Allison 4700) and 14 engines (the strongest Cummins X15 Performance has 605 hp and 2779 Nm of torque). 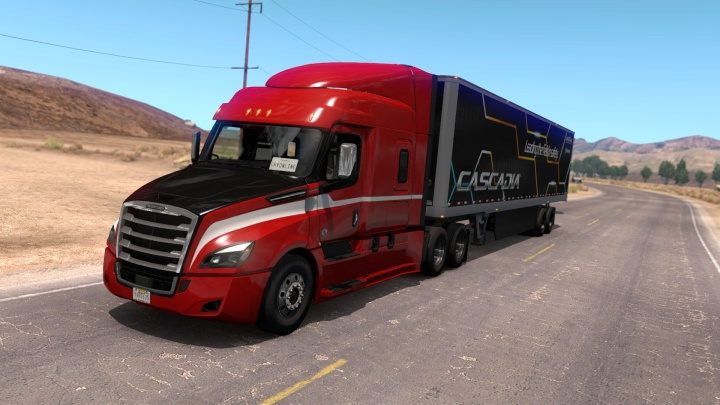 The new ATS' truck is the Freightliner Cascadia

I have already had the opportunity to try out the new truck and I must say that it was made with attention to detail, although not excessively so. It does not differ much in this respect from other vehicles offered in the game. The number of options is quite large, there seems to be nothing missing. Although more types of exhaust systems could be useful. 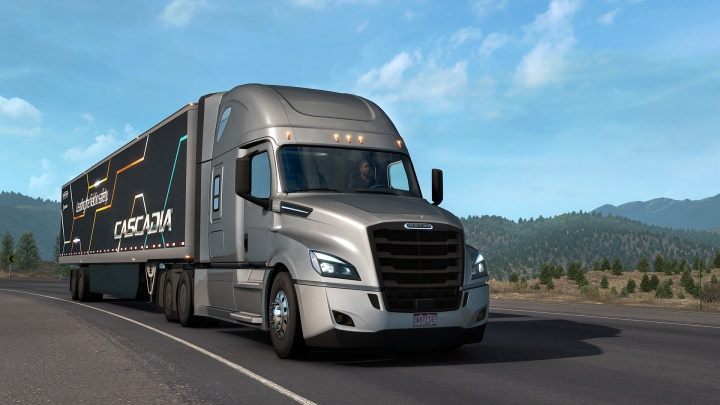 One thing I can't praise is the sound of the engine. It seems a bit too quiet and bland to me, but maybe it's just my subjective impression (or the real Cascadia is actually so silent as well). The interior of the truck is tidy and has four versions of equipment and colors. A good eye will notice similarity of the steering wheel to those found in the Mercedes Actros MP4. This is not surprising given that the Freightliner brand basically belongs to the same 'stable'. (aforementioned Daimler AG). The new truck is available for download as a free patch. For ATS owners on Steam it should be downloaded automatically. 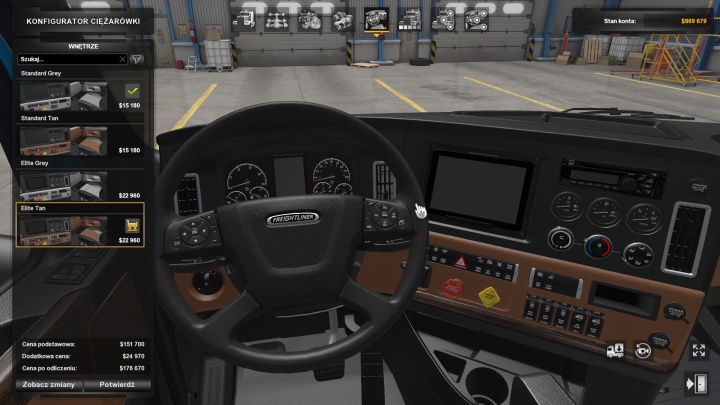 Dashboard of the new truck

Literally a day later, a new addition for the game went live, this time it's a paid DLC called Cabin Accessories. It is an equivalent of a similar DLC from Euro Truck Simulator 2. It contains over 100 different objects that we can "decorate" the interior with. Now also in an American truck we can e.g. put a bag on the seat, a guitar on the bed, put cups in cupholders or attach a cowboy stamp to the air vent. The LC is available on Steam and costs $3.99. 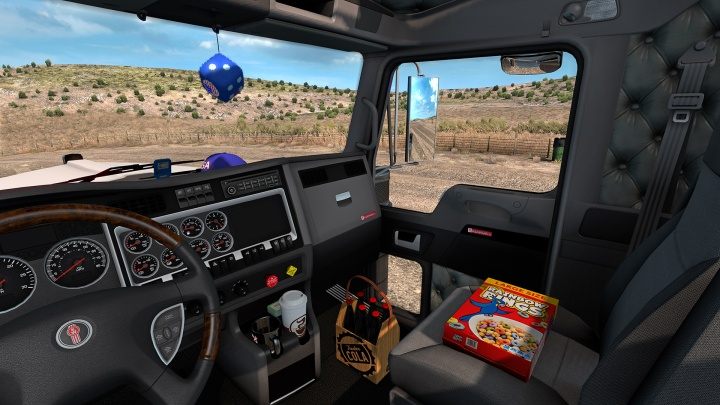