It's been more than seven years since the PC launch of FTL: Faster Than Light. Although by that time Subset Games has already released its next production, the turn-based strategy called Into the Breach, it has not forgotten about its firstborn. At the end of last year, the title was given a Japanese language version, and a few dozen hours ago, it's Steam edition gotachievements. Subset Games representatives informed about it on Twitter.

As the message reveals, you can't unlock the achievements in FTL: Faster Than Light at the moment. The relevant update adding this option is to debut this week. So far the achievements can only be viewed. There are a total of 51 of them. They are not described, so it is not certain for which feat we will receive a specific badge during the game. However, based on the names themselves, we may suspect that the rewarded achievements will include completing the campaign at normal and easy levels, collecting 10,000 pieces of scrap metal, succesfully boarding another ship, reaching sectors 5 and 8, killing the enemy ship's crew by disabling their life support system, or unlocking all ships. 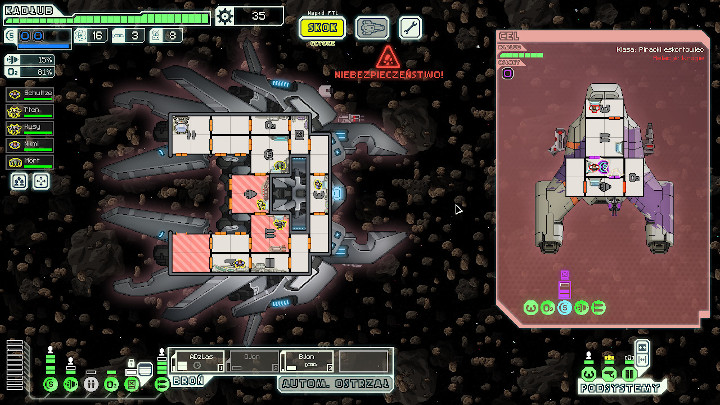 It will not be easy to get all the achievements in FTL.

Although not all are fans of achievements, their addition to FTL: Faster Than Light should encourage some people to return to the game and try to finish the campaign in different ways with different constraints. It may also attract new players, who will have some extra purpose besides defeating the main boss and saving the interstellar federation.

In addition to Steam, FTL: Faster Than Light is also available on GOG and Epic Games Store, where it was distributed for free not so long ago. The title can also be played on iOS devices. On all these platforms, the game from Subset Games has won the favour of the industry media and popularity among players. According to Steamcharts, an average of 1430 people have been having fun in FTL: Faster Than Light at the same time in the last few days through Valve's launcher alone.

Rumor From China: Possible Specs of Nvidia GeForce RTX 3080 and 3070