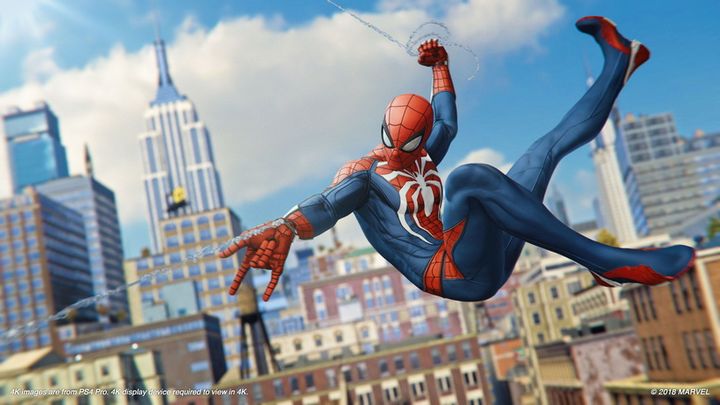 Marvel's Spider-Man 2 in the works?

Reddit featured a post that described a number of details about the second part of Marvel's Spider-Man - created by Insomniac studio, an action adventure game with the iconic web-slinger in the lead role that was released on PlayStation 4 in September 2018. According to this information, the continuation would appear on the market during the 2021 holiday period.

The leak suggests that we'll revisit Manhattan, but this time the game world will be a bit bigger - it will be complemented by Queens and Brooklyn districts (interestingly, the action will take place in winter). The main character is still to be Peter Parker, although Miles Morales (the protagonist of Ultimate Comics: Spider-Man, a boy who at some point became the Spider-Man after Peter Parker), who also appeared in the first part will also play an important role. In the game we can also expect an expanded thread of Oscorp corporation and references to many other elements of Marvel's universe.

Rumors also describe the new system of generating random events (e.g. crimes) on the map, which is compared to... dungeons known from the Diablo series. This is an interesting idea which is a kind of response to one of the accusations most often made against the first game (it was criticised for its repetitiveness and poor quality of side activities).

The information also suggests that significant improvements to the game engine should be expected (developers reportedly use new technologies, such as photogrammetry, or 3D scanning).

It is worth noting that the one responsible for this entry, user v17447377, is the same source who a few weeks ago revealed the existence of Resident Evil 3 Remake before Capcom's official announcement.

Regardless of the source's identity and their previous leaks, the above information about Marvel's Spider-Man 2 is just an unconfirmed rumor. They should therefore be treated with great caution, even if they seem to be quite reasonable (and no one is in any doubt that after the success of the first game sooner or later we will see a continuation - probably already on PlayStation 5).

FTL: Faster Than Light Gets Steam Achievements After 7+ Years