The first presentation of Baldur's Gate III was a highlight for many fans of digital entertainment this week. They wanted to see how Larian approached the iconic RPG saga and whether it met the fans' expectations at this stage. No wonder, then, that the videos presenting the title in action, which flooded YouTube after the show, are amassing dozens of thousands of views. And what is important, most of the community liked what they saw. 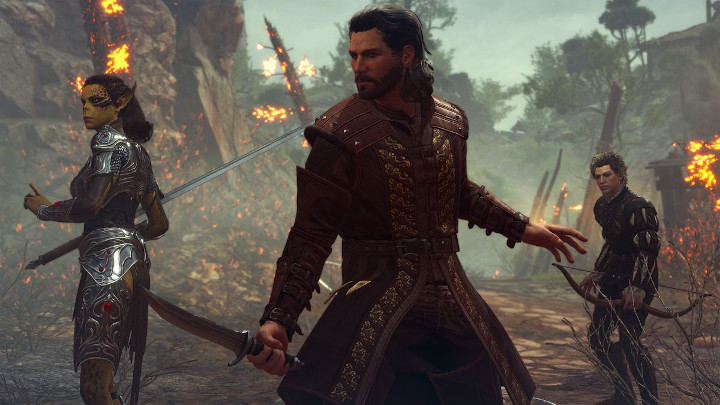 Gameplay from Baldur's Gate III was appreciated by YouTube users.

Looking at the ratings of Baldur's Gate III gameplay on various channels, you can see that thumbs up prevail. Just look at IGN, GameSpot or Stadia, which, let's recall, was the main source of the stream. The players appreciated first of all the heart that Larian puts into the game, which can be heard not only in the commentary of Swen Vincke's presentation, but also seen in the gameplay itself. The community also liked the sincerity of the whole show, which did not seem to have been orchestrated. There were also some voices that the spirit of the Dungeons & Dragons tabletop system, on which the title is based, can be felt in what was shown.

But there is also a lot of criticism. There are complaints about the turn-based combat system. The accusations are refuted by the argument that classic, tabletop RPGs are also played out in rounds. There is also a lot of posts about the fact that the title prepared by Larian does not have the atmosphere of the previous installments of the series and looks more like another Divinity: Original Sin.

Such discussions will probably continue for a long time, also after the release of the title. It is unlikely that Larian will be able to satisfy absolutely all lovers of the original Baldur's Gates, which was developed by BioWare during its golden age. But who knows? Perhaps the Belgian team will take a few remarks to heart and the early access to Baldur's Gate III planned for this year will convince some dissatisfied people.

We would like to remind that Baldur's Gate III is coming exclusively to PC and Google Stadia. The title will be available for purchase on Steam and GOG among others.