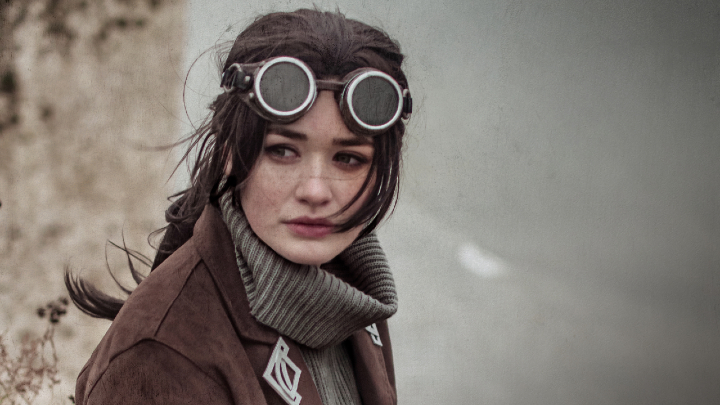 Cosplayer Moosefix as Effie MacLachlan from The Last Autumn.

Polish team at 11 bit studios released the first gameplay from the upcoming DLC for Frostpunk, called The Last Autumn. The 12-minute gameplay was accompanied by a commentary by lead designer Jakub Stokalski. In the expansion we will learn the story behind the cataclysm that covered the whole world with snow and ice.

The Last Autumn will introduce many changes in the mechanics known from the basic version of the game. In the prequel we will see green areas, and the spectre of terrible frost won't be breathing down our necks yet. Our task will be to build a generator, which was the driving force behind every community in Frostpunk. Only through it will humanity be able to face the coming tragedy. New challenges also mean more ways of dealing with them. An important aspect of The Last Autumn will be, for example, docks, thanks to which we will take people out to sea in search of resources. The game will also see new technologies, the Book of Laws and problems like strikes. The DLC will launch on January 21 on PC.

It's worth mentioning that the Polish studio invited a professional cosplayer, Moosefix, to cooperation. She is also the model of Brigitte - heroine from Overwatch. This time she played the role of Effie MacLachlan, presented in the first trailer of The Last Autumn. The decision was dictated not just by her skills. Privately, Moosefix is a big fan of Frostpunk, which is why 11 bit studios considered her the perfect person to make the first official cosplay of the game. That's how she ended up playing the role of a graduate of Cambridge University and a member of a group of engineers from the Imperial Exploration Company who are working on a secret project.

The photo shoot was taken by Tascha Dearing at the coast of Great Britain. You can see the results below.

The Last Autumn is the first big expansion for Frostpunk. Previously, players had the opportunity to get acquainted with a minor DLC entitled The Rifts, and 11bit studios also plans to release the mysterious Project TVADGYCGJR. All of these expansions can be purchased separately or as part of a season pass.