The dust has settled down after the release of Just Cause 4, so Avalanche Studios can prepare for the premiere of their next piece, the shooting game announced last June, entitled Generation Zero. The publisher  THQ Nordic  informed that it will debut 26 March 2019.

The standard version of the game is priced at $39.99 for PlayStation 4 and Xbox One and $34.99 for the PC. People who order this production before the premiere will have access to twelve cosmetic supplements (such as T-shirts or bandanas) making up the package called the Radical Vanity Pack. 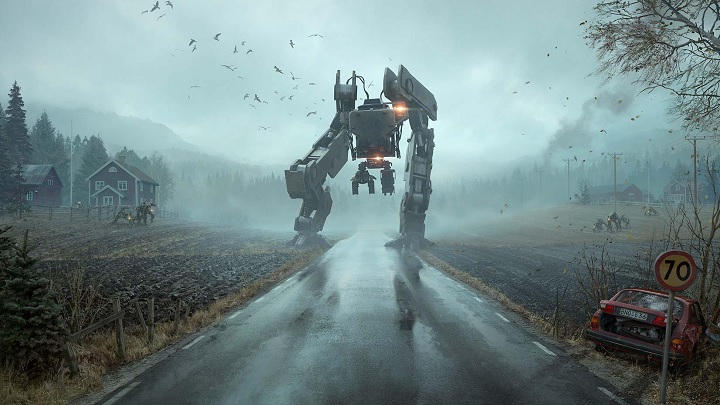 The atmosphere can be the mainstay of Generation Zero.

However, this is not the end of the information related to Generation Zero, because we also got to know the price and content of the collector's edition. It was priced at $79.99, and in addition to the full version of the game, will also include:

A collector's edition for every budget?

We would like to take this opportunity to remind you that Generation Zero is an FPS created primarily for four-person cooperation over the Internet. The game will take us to the alternative version of Sweden from 1989, which is flooded by heavily-armed machines. Obviously, where you can find intelligent machines pestering humanity, there's also the resistance, the members of which will the players control. Traversing the vast world, we will fight enemies, collect useful equipment and making use of the extensive crafting system. An interesting fact is that we will fight in stages with some machines, and once an opponent has been injured, they will wear marks of battle until the end of their days. The title uses the Apex technology, which powered not only Just Cause 4, but also the second installment in the RAGE, series, which should guarantee pleasant graphics.