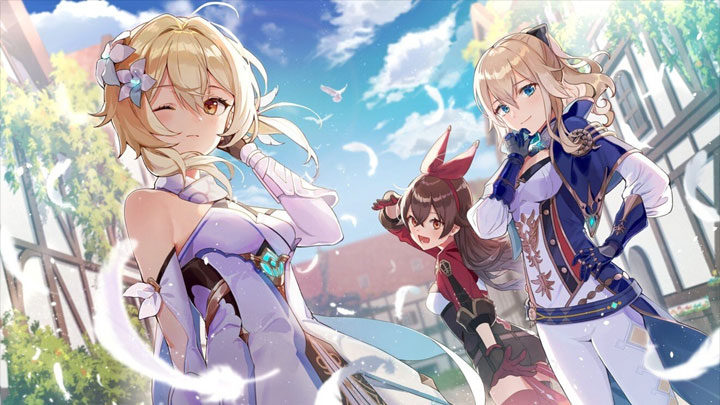 Genshin Impact proved to be a great success.

On Monday Genshin Impact debuted on the market. It turned out to be the biggest international debut ever for a project developed by a Chinese studio. Such information can be found in the article about the game's success, published in South China Morning Post.

A few hours after the launch, over 110 thousand people watched streams from the game on Twitch. On Monday the game had a bigger audience than Fortnite. At the time of writing this news, Genshin Impact is also ahead of Epic Games' hit, being the fourth most popular title on the platform, behind League of Legends, Call of Duty: Warzone and Among Us.

The game is also very popular on the Chinese market. It is currently the second best-selling app in the local App Store. Genshin Impact is now more profitable than Douyin, the Chinese version of TikTok. According to the Qimai Data analytics group, the game generated $1.84 million on iOS alone within the first three days of its launch in China.

The interest in Genshin Impact before the debut was also impressive. There were 16 million pre-registrations in China, and 5.3 million from outside the country. The success of the game is good news for the developers, as it was quite a risky project. Its development and marketing were reported to consume over 100 million dollars in total. Chinese game can rarely expect such a large budget.

Genshin Impact was released simultaneously on PC, PlayStation 4 and mobile devices with iOS and Android. On all these hardware platforms it uses the freemium model. A version for Nintendo Switch is also planned, but it will not be released until next year. The creators are also willing to port their work to PS5.

Windows 10 Will Warn of SSD Malfunction