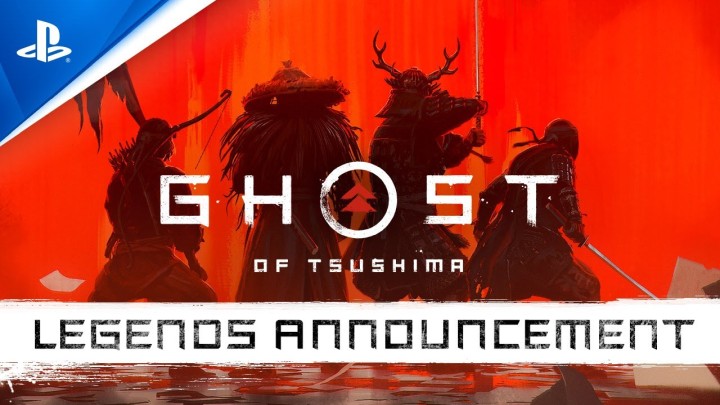 Ghost of Tsushima: Legends is a free online co-op mode for this year's PlayStation 4 hit.

Ghost of Tsushima is the last major PlayStation 4 exclusive, which, despite the passing of a month since its launch, still dominates bestseller lists. Interest in the game is not waning, but few expected Sucker Punch to hide such a surprise as the announcement of Ghost of Tsushima: Legends, an online co-op mode. The publisher, Sony Interactive Entertainment, released the first, very atmospheric trailer with short gameplay fragments:

The multiplayer mode for the latest game from inFamous devs will be available for free to all owners of the base game. Its launch is scheduled for autumn 2020. The exact date has not been revealed. Ghost of Tsushima: Legends will take us back to the title island, but it will be a separate adventure in new locations inspired by Japanese stories and mythology. The creators revealed that there will be no lack of supernatural elements.

Supernatural elements will appear in Ghost of Tsushima: Legends.

Ghost of Tsushima: Legends will offer three types of gameplay. The first one are the story missions, requiring close cooperation between two users. The second one is Survival, resembling Gears of War's Horde, in which four players will have to defeat waves of enemies, including the completely ones (Oni, possessing supernatural abilities). The third mode of play is Raid, in which four daredevils will go to a whole new land to face a terrifying enemy. The latter mode will be released shortly after the launch of Ghost of Tsushima: Legends. Before the start of the game, we will be able to choose from four character classes: samurai, hunter, ronin and assassin. Each one is supposed to differ in skills, but we will learn more about them later.

There's no denying that Sucker Punch surprised everyone with the announcement of an online co-op for Ghost of Tsushima.