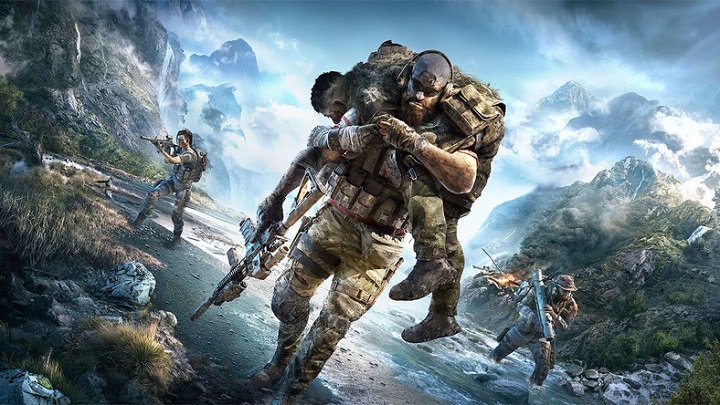 The game will be released in October this year.

Ubisoft has revealed the details of the upcoming beta tests of Tom Clancy's Ghost Recon: Breakpoint, the latest installment of the popular shooter series. Tests will start tomorrow, September 5, at 3 AM PST and end on September 9, also at 3 AM. You can now pre-load the necessary files.

The closed beta will be made available to pre-orders owners, Uplay subscribers, online technical test participants and a randomly selected group of people who can wish to take part in the tests on the official website.

In the closed beta we will gain access to several regions of the virtual world and we will be able to undertake both co-op missions for four people and single player tasks. We will also have the opportunity to test our skills in drone zones, where we will face various types of machines, from small flying units called murmur, through aamon type swarms, to large armored beasts known as behemoths.

An additional attraction will be the Man Down event, as part of which we will be resuscitating our allies in a co-op mode. The more users will take part in this event, the more donations Ubisoft will make to the Child's Play charity.

The creators also revealed their plans for the development of the game during the first year. On day one, Operation Greenstone will be released, followed by episodes two and three at four-month intervals. Each of them will offer a new adventure, additional content for the so-called endgame (including raids), faction missions and other attractions.

In addition, there are plans to introduce three new classes of soldiers, starting with the hacking specialist engineer. The devs also promise regular events and additional PvP maps.

Tom Clancy's Ghost Recon: Breakpoint is coming to PC, Xbox One and PlayStation 4 and will be released on October 4, this year. On PC, the game will skip Steam and be available only on Uplay and Epic Games Store. There are also plans to publish it on Google Stadia. Finally, it is worth mentioning that Ubisoft has released a new live action trailer, which you can see above.