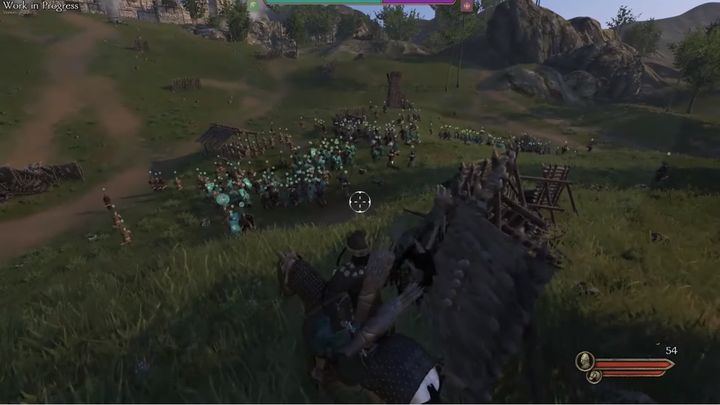 Another gameplay from Mount & Blade II: Bannerlord - the upcoming installment of the well-known series from the Turkish studio TaleWorlds - has appeared online. This time we were presented with a fragment of the story campaign. The material was published on the IGN channel and lasts over seven minutes. You'll find it below.

Most of the video focuses on a castle siege, which looks quite spectacular and relatively realistic. Other elements of the game also look quite good, although the bad-looking campaign map with textures and level of detail from early 00s (it's possible that YouTube's compression may be partially at fault) stings the eyes.

Mount & Blade II: Bannerlord is coming exclusively for PC. The game does not have a release date yet, but it is known that in March 2020 it will be available in Steam early access.