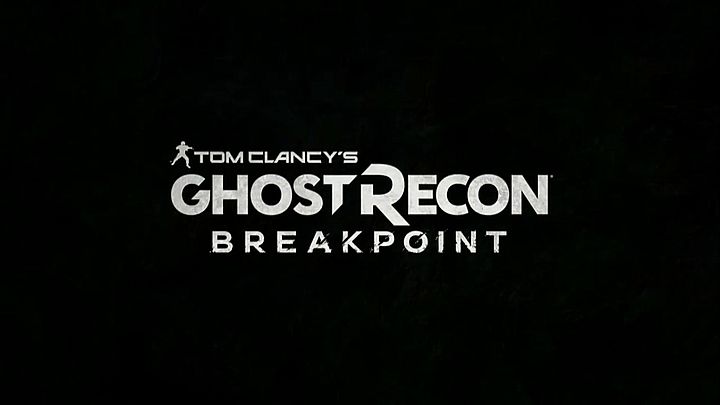 A real outpour of information about the latest release of Ghost Recon.

As announced, Ubisoft introduced Tom Clancy's Ghost Recon: Breakpoint to the world. The title will hit the store shelves on October 4, this year. The production will be released on PC, Xbox One and PlayStation 4. The official presentation confirmed many rumors and speculations that have emerged over the past few days. The action of the game is set on a fictional island of Auroa, located in the Pacific Ocean. The main opponent to be pacified will be Cole D. Walker (played by Jon Bernthal) - a member of Ghosts, known from the latest update to Tom Clancy's Ghost Recon: Wildlands.

In the game we will fight not only against human opponents. There will also be drones constructed by Skell Technology and adapted to combat by terrorists calling themselves Wolves. The latest installment of the series will focus on the cooperative mode for four players, which will offer extensive story missions. It will also be possible to play solo. What is most important, however, is that the production will debut with PvP mode.

The creators shared gameplay footage of the alpha version of the game during the presentation. Among other things, we could see a mission in the jungle, where the heroes crashed in a helicopter. An interesting mechanic will be the ability to use mud for camouflage. Another interesting thing is the ability to cut wires in fences so that the protagonist can get into a closed area without being seen. According to the devs, in this part of the cycle, the players will be the prey and the opponents will play the role of hunters. This is confirmed by fragments of the jungle missions, which are somewhat survivalist in character.

The game offers very impressive visuals, despite the fact that we had to deal with footage from the alpha version of the game. The multitude of particle effects brings graphics closer and closer to realism. Raindrops, dynamic lighting, and details such as traces left by player characters in the mud. Graphic bells and whistles are all the more pleasing because the creators promise a large and open world with many different locations, such as mountain ranges, jungles and volcanoes.

There will also be options to customize the character to your style of play. We are talking about the skills of characters, skins, the whole lot of firearms, but also several types of vehicles. Enemies who will differ in terms of their weapons and tactics on the battlefield will also be diversified. Below you can see the first official trailer.

Ubisoft has already started pre-orders. If you would like to check the content of individual editions of Ghost Recon: Breakpoint, you can do it here. Pre-order provides access to the beta version and a pack of items in the game. The title is available in four editions - Basic, Gold Edition, Ultimate Edition (only digital) and Collector's Edition. Naturally, the most interesting is the collector's edition, which apart from the game itself includes a one-year pass, bonus missions and items, the main villain figurine, a waterproof map, a dog tag, a steelbook and the game's soundtrack.

It seems that the game will be available on PC only on Uplay and Epic Games Store platforms. We do not have an official position of the creators on this matter, but the pre-order page seems to confirm it, because when choosing a platform, only these two options are available (as far as PCs are concerned). 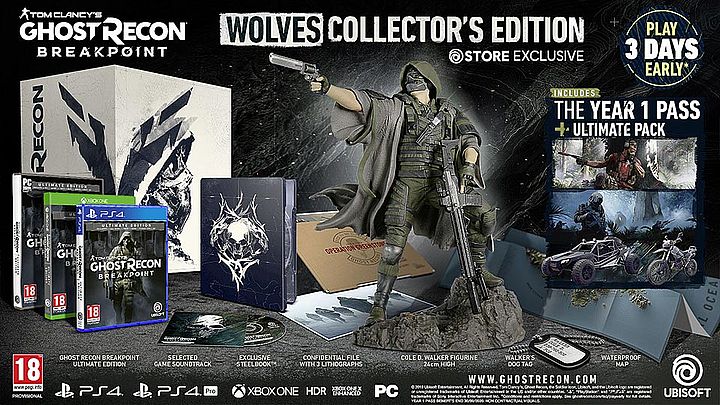