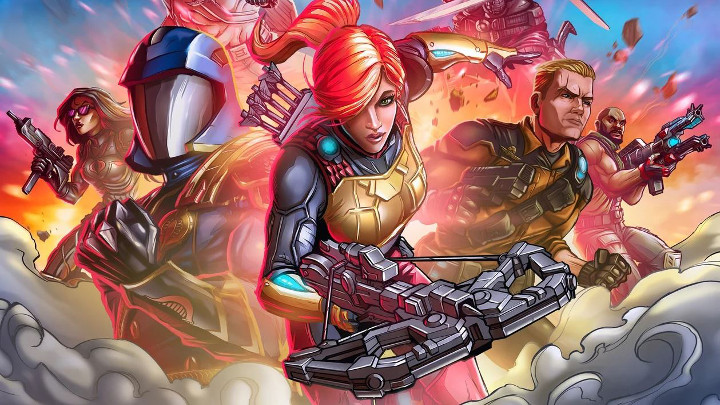 Quite unexpectedly, IGN announced G.I. Joe: Operation Blackout. The game is a third-person team shooter with a big story campaign and many multiplayer modes. The title will be released on October 13, simultaneously on PlayStation 4, Nintendo Switch and Xbox One, as well as PCs.

G.I. Joe: Operation Blackout is based entirely on a G.I. Joe toy license. The game adapts stories and characters appearing in cartoons produced in the 1980s and an animated series advertising popular plastic figures and vehicles. Players take on the role of members of the G.I. Joe organization, which fights against the Cobra criminal syndicate, seeking to take over the entire world.

The title will feature a total of twelve playable characters, both Joes and Cobra agents. The eighteen missions will be carried out in single player or co-operative mode for two, on a split screen or via the web. The creators have also prepared a multiplayer mode with several standard PvP gameplay options, including Capture the Flag and King of the Hill.

G.I. Joe: Operation Blackout is developed by GameMill Entertainment, a company specializing in licensed titles such as Nickelodeon Kart Racers and Cartoon Network: Battle Crashers, as well as hunting and fishing games. Interestingly, the studio also has created Big Rigs: Over the Road Racing, one of the "worst games ever", which a few years ago was a hit among gaming youtubers and streamers. Considering the developer's achievements and the first trailer, we can expect that G.I. Joe: Operation Blackout will be a typical budget product.