Since the announcement of Minecraft's massive update, players have already been able to test quite a few of the upcoming new features that will hit the game over the summer. At least partially, because Mojang decided to break Caves & Cliffs Update into two parts. The first of them will debut as planned, but for the release of the second we will wait until Christmas.

The reasons for this decision were explained by Agnes "LadyAgnes" Larsson (director of the base Minecraft) and Henrik Kniberg (gameplay designer). In addition to the desire to ensure the highest quality, dealing with technical problems is of great importance to the developers. We have to remember that Caves & Cliffs is not just new blocks, mobs, etc. It's also a real caves and mountains, as well as other changes in the generation of locations (including the necessary increase in the maximum height of the world), which is at the heart of the game.

All these innovations are also not without effect on the operation of the game, so the developers must significantly refine the optimization. In practice, this would require a lot of after-hours work (read: crunch), which Mojang wants to avoid. The developers also want to make sure that both parts of Caves & Cliffs allow for seamless updates to existing player worlds. 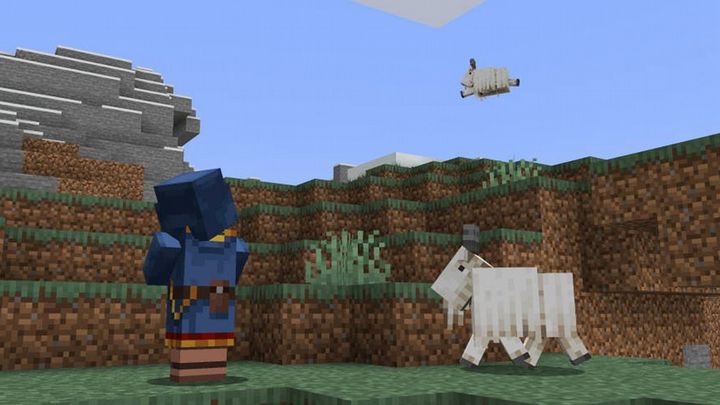 Goats and other animals will make their way into Minecraft as planned.

Creators' motivation aside, what does this mean in practice for those waiting for the Caves & Cliffs Update? The summer update will introduce virtually all new types of blocks and mobs, although it will also include a handful of changes to the generation of the game world (including copper deposits). And for Christmas we'll receive the promised mountains, caves and biomes. Unfortunately, we'll have to wait even longer for the debut of archaeology, because it - as a completely new system - requires special care. As a result, we won't be able to excavate until 2022.

WhatsApp Has a Serious Security Problem

Wrath of the Druids Expansion for Assassin's Creed Valhalla Delayed