New World Interactive has reasons to celebrate. The creators boasted on Steam that Insurgency: Sandstorm, a tactical shooter released last December, has already found half a million buyers. On this occasion, the creators temporarily lowered the price of their game by 20%, to $23.99. The promotion will last until March 5. More importantly, however, the developers released the first large update for the title along with a trailer (see below).

The update introduces a handful of novelties, starting with five weapons. These are: two variants of the MP5 submachine gun (MP5A2 and MP5A5), the M240B and MG3 machine guns and the PF940 pistol. You can test them together with the rest of your equipment on the Range - a new training map - or check them out in Arcade mode. The latter offers a bit lighter gameplay than the standard game variants. For now only Team deathmatch is available for up to 24 players, but the developers promise to add more modes in the future. 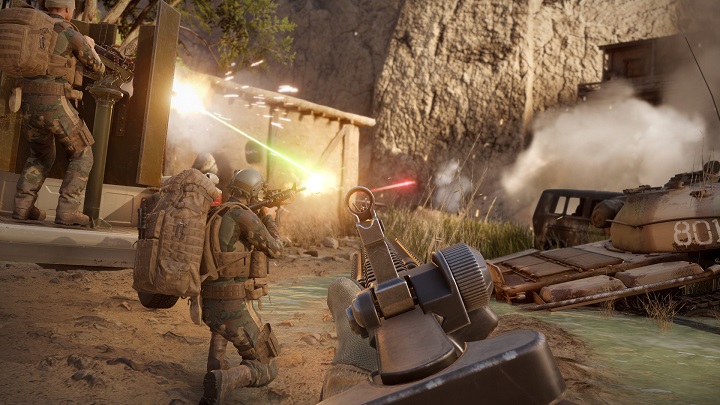 The first big update came to the game.

The update also includes a number of minor modifications to the game and its operation, including the removal of various bugs. Many will probably be pleased to hear that optimisation has been improved, after it left something to be desired after the release. Full (and long) list of changes can be found in an announcement on Steam.