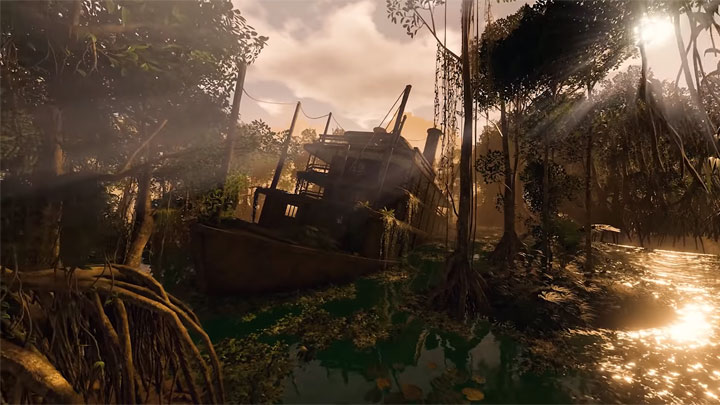 The first part of the expansion will debut this year.

On the occasion of this year's virtual gamescom, Polish studio Creepy Jar informed that the survival game Green Hell will receive a free expansion called The Spirits of Amazonia. A second video was also published, in which the team's plans for the future are discussed.

The expansion will be divided into several parts, and the first one will debut this year. The add-on will introduce, among other things, new locations and the possibility of cooperation with previously hostile tribes, whose members will commission tasks and reveal the secrets of the plot.

The creators also boasted that the sales of Green Hell exceeded one million copies. Moreover, they informed that the version of the game on Nintendo Switch should debut soon. Work is also underway on the releases for PlayStation 4 and Xbox One.

Green Hell debuted on PC in early access in August 2018, and in December 2019 the full version was released. The game received a warm welcome - 86% of user ratings on Steam are positive.

After the launch, the game was intensively developed. Among other things, the possibility of growing plants was added and a multiplayer mode was introduced, allowing for co-op games for up to four people.

Creepy Jar also confirmed that they are already working on their next project. It is called Chimera and it will be an SF survival game, in which building the base will play a key role.

The authors are currently finalising the pre-production stage. Therefore, we should not expect too much info in the nearest future.

New Shots From Dune; No Green Screen Instead of Desert