On April 7, Green Hell, a survival game in which we fight for survival in the jungle, received an update introducing a co-op mode for four people. It seems that the devs from Creepy Jar hit the bullseye with this one, as their work started to gain popularity in a flash.

Yesterday (i.e. April 8) the devs boasted that on the day the patch was released, the game reached second place on Steam's bestseller list. Moreover, as Krzysztof Kwiatek, the president of Creepy Jar, said, "taking into account the multiplayer tagged games," the title managed to overtake "even high-budget productions" in terms of sales, the list of which includes recently released Resident Evil 3 (via Money.pl [in Polish only]).

This is not the end of the story for developers, as the game has started to record unprecedented results in terms of the number of people playing simultaneously. According to Steam Charts, yesterday at the hottest moment of the day, almost 10 thousand people were playing, while today (April 9) at 7:00 am PT - over 11 thousand. For comparison, there were a little more than 5 thousand user playing on the day of game's release. 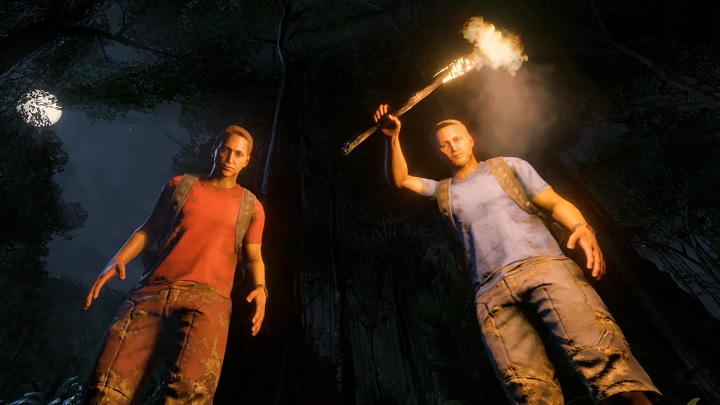 The players were apparently looking forward to fighting for survival in the jungle together.

In the co-op mode in Green Hell the players can not only look for resources, build shelters and face threats lurking in the jungle together, but also help each other in other ways, such as pulling leeches from the bodies of their companions. Besides, in co-op you can be reborn after death (while losing some health at the same time); however, it is worth keeping in mind that the death of one player causes the mental condition of others to deteriorate. Apart from that, the patch introduces a number of improvements, the full list of which is available at this address.