Announced in December 2016, the multi-player shooter Enlisted comes out of the shadows. The game, published by Gaijin Entertainment, known for War Thunder, is currently undergoing pre-alpha testing. Although their first stage is over, there are plans for more; those willing to take part should report here. Others must be satisfied with the extensive video footage from the action, which awaits below.

As part of testing of the pre-alpha version of Enlisted, the devs have provided two game variants, i.e. Domination (with one map) and Invasion (with two maps). In the first module, the players divided into teams capture strategic points, while in the second one, the task of one team is to capture fortifications defended by the opponents.

It is also worth mentioning, that after the end of the tests the devs provided infographics summarizing their results. As it turns out, Enlisted has so far been tested by over 45.5 thousand players, who spent a total of 11 months (7961 hours) on virtual war, killing more than 5 million opponents. More interesting facts about this topic are waiting for you on the official website of the game. 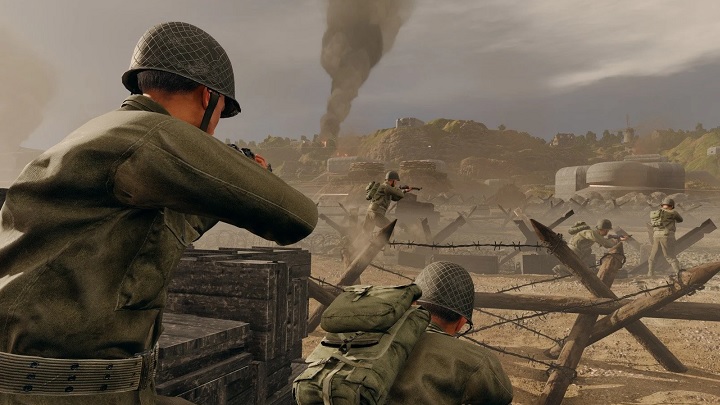