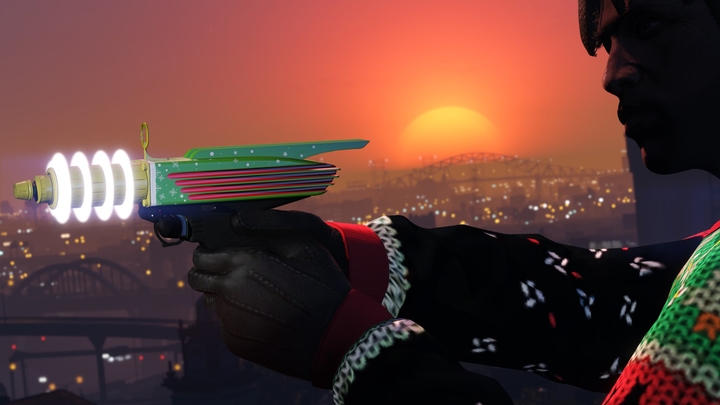 That's the reason for all the fuss.

Once again, we are witnessing players giving vent to their creativity in GTA Online. Some time ago we wrote about moving the protests from Hong Kong streets to the streets of Los Santos. This time one Reddit user found a way to make life difficult for cheaters using God Mode.

We have all encountered a cheater in a multiplayer game at least once. In GTA Online, this problem is common. It's often the case that a second player turns on cheats to show the first one that he can use them better. Such a vicious circle is nothing pleasant for people who want to spend time in the game without using any unfair help. Therefore, it's great to see how ordinary players finding a way to defend themselves against cheaters and do it completely legally.

Why did Up-N-Atomizer annoy the cheater?

Reddit user, shayankurdboy, posted a video showing how to deal with annoying cheaters. For this purpose, he uses Up-N-Atomizer (it was available for free at Holiday in 2018). The item in question is quite expensive now, because it costs 399 thousand in-game dollars so it's more than a single sports car. However, the purchase of this weapon is one-off and you don't have to invest in additional ammunition, and the satisfaction of stopping a cheater is guaranteed.

This futuristic blaster deals marginal damage but works on a similar principle to a stun gun. Shayankurdboy is able to shoot the Up-N-Atomizer every 2 seconds. The weapon has a tremendous power, it catapults the hit player into the air or throws them away, then stuns them and prevents from moving around freely. In this way, the dishonest player (despite his immortality) is excluded from the game, because they do not even have the possibility to grab their weapon. All they can do is to ragequit.

Even if you've never encountered a cheaters before, we encourage you to buy an Up-N-Atomizer - just in case. You don't necessarily have to use it in combat, it can be used to push the car when it gets stuck on an obstacle.