Two weeks ago, the PlayStation 5 Showcase unveiled Hogwarts Legacy, an RPG set in the Harry Potter universe, developed by Avalanche Software. The announcement was accompanied by the first trailer and interest in it turned out to be enormous.

Yesterday, the trailer of Hogwarts Legacy on PlayStation's official YouTube channel exceeded 10 million views. No other material on the channel has achieved such result so quickly. At the time of writing this news the counter has reached almost 11 million. Over the next few weeks, the trailer is likely to enter the top ten of the most popular videos on the channel - to do so, it needs to best the E3 traile of Final Fantasy VII from 2015, which currently has 15.9 million views collected over five years.

Of course, it's important to remember that the result of Hogwarts Legacy was achieved only on PlayStation's channel. The trailer has watched several times more views in total, as it is available on countless channels, not to mention other websites. 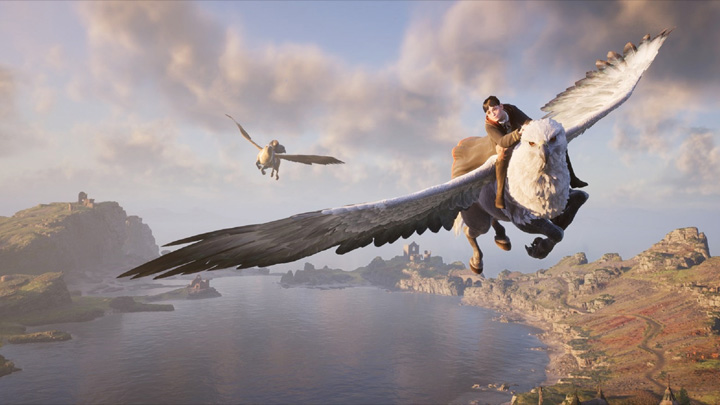 The results show that the interest in the game is enormous. This is not particularly surprising, as Harry Potter is still one of the strongest brands in modern pop culture, and players have been waiting for high-budget RPG set in the universe.

It seems that the game will turn out to be a great hit despite the controversies surrounding the creator of this franchise, the writer J.K. Rowling. Emotions in social media are hot - there is even a trend of burning Rowling's books on TikTok, but this does not necessarily translate into lower sales results of the game. Publisher Warner Bros. Interactive prefers to play it safe, however, and has recently issued a statement assuring that Rowling is not involved in the Avalanche Games; project.

Hogwarts Legacy is coming to PC, Xbox One, PlayStation 4, Xbox Series X/S and PlayStation 5. The release is expected next year.