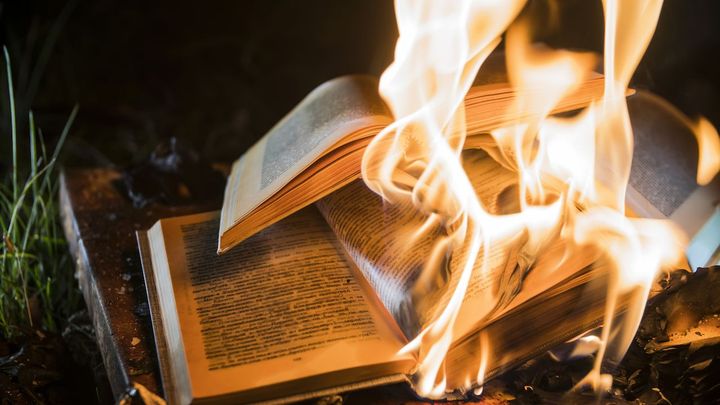 They used to burn witches, now they burn wizards.

Former fans of J.K. Rowling's work regret her current actions. Tha author has been taking flak from internet users for several months now due to her controversial Twitter entries, which most people have read as transfobic. The author's former collaborators, including actors from the Harry Potter movie series, also take serious positions on the subject. Daniel Radcliffe strongly opposes Rowling while Robbie Coltrane defends her from the haters.

Digital activists went one step further, deciding to return to the old trend of burning books. This was once done by extreme Christian circles who accused books with Harry of satanic content. Today, this activity is undertaken by people who once respected the artist's work, but condemned her worldview. Moreover, they record their activities and share them on social media, mainly TikTok. Here's one of the recordings by user elmcdo.

?????????? (@elmcdo) has created a short video on TikTok with music A Moment Apart - ODESZA. | #fyp #harrypotter #books #lgbt #lesbian #gay #bi #trans #translivesmatter | CC: You have to stop using "death of the author" as an excuse to have your cake and eat it, too."

This new internet trend has sparked reactions in many circles, even the celebrities. Irish pop star duo, John and Edward Grimes, have shared their opinion. They wrote that J.K. Rowling's new book will be perfect as firewood for the winter.

Of course, there will also be plenty of people who openly oppose such protests, comparing them to the actions of the Nazis in the 1930s. Another Internet social war is underway, with J.K. Rowling at the epicenter. And there's nothing we can do about it