One of the TV Witcher-related Twitter threads unexpectedly featured a completely different character - Arthas Menethil, i.e. the fallen paladin, and later Lich King known from Warcraft III: Reign of Chaos, the Warcraft III: The Frozen Throne expansion, as well as the MMORPG World of Warcraft (or in fact its expansion titled Wrath of the Lich King).

Christie Golden - the author of numerous books from the Warcraft universe - referred to the aforementioned hero in her post. The message was commented on by the creator of a WoW guide - known as Slayer Aernath - and drawing the attention of Chris Metzen, a former employee of Blizzard Entertainment and creative director and writer of Warcraft III: Reign of Chaos. He believes that Henry Cavill would be a good Arthas .

This was enough to make the fans interested in the subject. In the blink of an eye several illustrations showing Henry Cavill as Arthur Menthil appeared in responses. The author of one of such pictures is the Reddit user Shara184. Another one was created by user known as Jalvin. 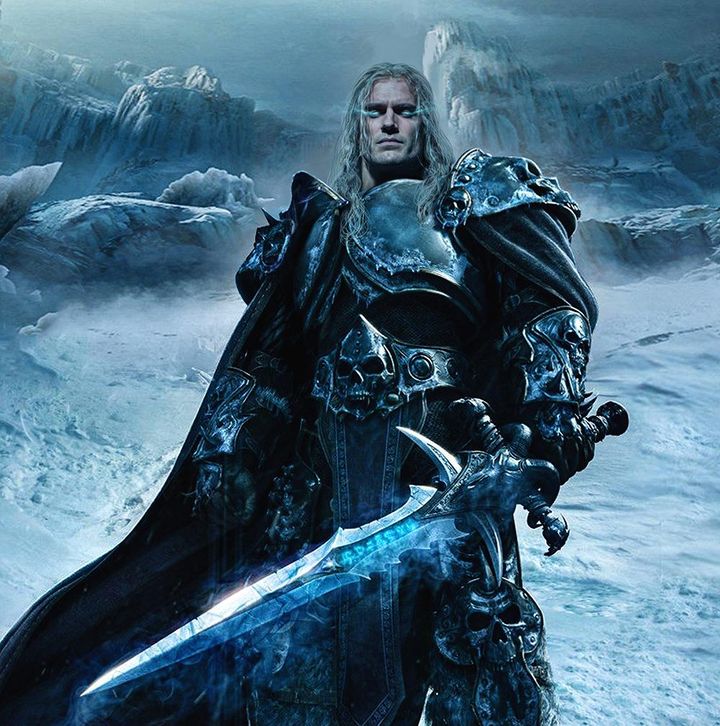 What do you think? Would you like to see Henry Cavill as the unforgettable prince of Lordaeron? Or do you have any other candidate for that role?