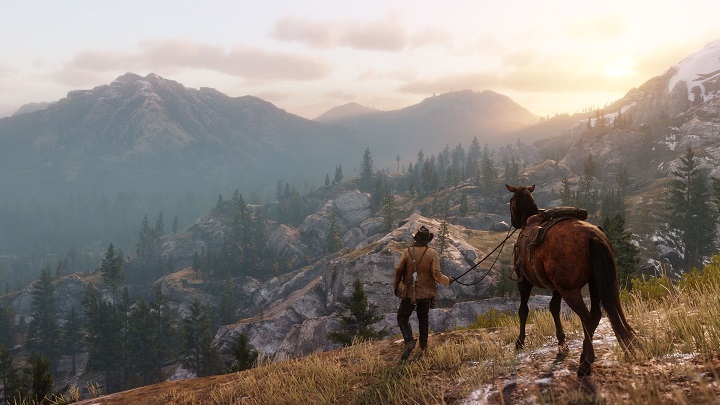 Red Dead Redemption 2 maps in 6K resolution have surfaced on the web.

User DuPz0r from the unofficial message board of GTA and Rockstar Games has posted an entry, in which he boasted the effects of his work on the world map of Red Dead Redemption 2 in 6K resolution. The creator released three versions of the map - fully detailed (including e.g. city names and marked borders), a #D terrain map and a satellite map. To see them in their full glory, it is best to click on the link and download the selected map directly. Below we present only their compressed versions. As a curiosity, it is worth adding that the most detailed one takes up as much as 60 MB. However, the creator points out that the maps are for private use only, because they are owned by Rockstar Games.

As a reminder, Red Dead Redemption 2 debuted in 2018 on PlayStation 4 and Xbox One. And since November last year, the title has also been available on PC. According to the February data, the game is still doing very well on the market, even despite the disastrous initial condition of the PC port. Since then, the title has sold in 29 million copies.