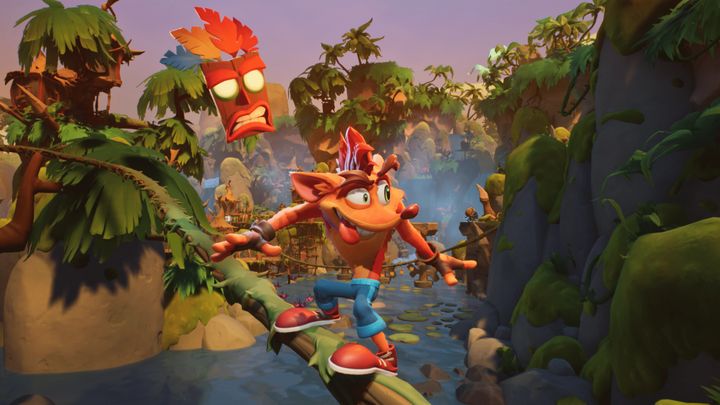 The release of Crash Bandicoot 4 is approaching.

Activision's advertising campaign is in full swing, and more materials related to Crash Bandicoot 4: It's About Time, another part of the popular three-dimensional platform game series, are being released online. A live-action advertisement prepared for the Japanese market was published yesterday on YouTube and it deserves special attention. We see a person dressed as the title character, who, among other things, dances in the company of a 3-person family in various places - from home, through the forest, to the city centre. The whole thing lasts less than 3 minutes and is accompanied by a very memorable melody. The video ends with a short gameplay fragment. You can watch the ad below.

Crash Bandicoot 4: It's About Time will debut on October 2 on PlayStation 4 and Xbox One. In addition, anyone who has submitted a pre-order will have the opportunity to play the game's demo, which will be released on September 16.