The most important event of the month in the gaming industry was the announcement of Microsoft's acquisition of Activision Blizzard. The deal is still a long way from being finalized, but the imagination of gamers is already buzzing with speculation about what the new owner will do with the rich library of Activision Blizzard's IPs. The head of the Xbox division, Phil Spencer, gave an interview which shows that there are plans to resurrect many of the old series.

In an interview with the Washington Post, Spencer expressed excitement about the brands that will soon be owned by Microsoft. He mentioned series such as Hexen, King's Quest and Guitar Hero, which gives hope for new installments.

Want to know what brands Microsoft will gain as a result of the acquisition? We recommend our article:

Especially Hexen sounds promising, because Raven Software, the team responsible for the series (as well as Heretic), is now owned by Activision Blizzard and thus will become Microsoft property once the deal is finalized.

It is one of the oldest PC gamedev studios that remains active, but for many years it has only supported the development of Call of Duty. The last game developed independently by this developer was Singularity from 2010. Many fans joke about the whole situation:.

Fans are hoping that Raven Software will spread its wings again under the new owner. Source: Twitter.

In the case of King's Quest and Guitar Hero it will not be so easy. The studio responsible for the former, Sierra, has long since been dissolved, and the mother of the brand, Roberta Williams, has been retired for over two decades. In contrast, the creators of the latter brand, Harmonix, were bought out by Epic Games last year. Microsoft, however, would likely have no trouble finding new teams capable of resurrecting both series.

Of course, these are just three brands and it certainly won't end there. The fact that Phil Spencer mentioned them, makes them seem like good candidates to return to the gaming market.

Officially, Hexen is dead, but fans have been successfully expanding it for several decades 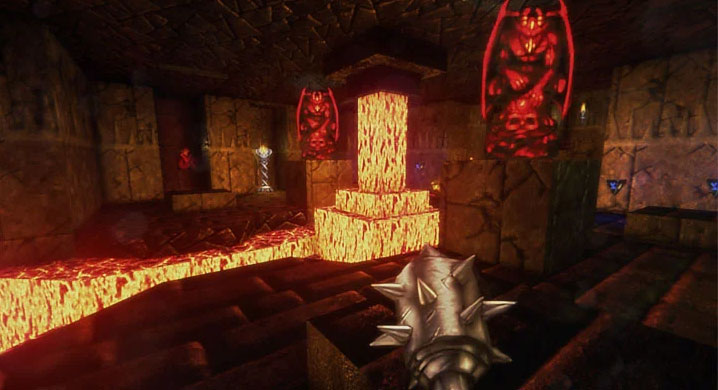 Hexen HD is the perfect project to start your adventure with the series.

It's been over two decades since we got a new installment of Hexen. However, fans of the brand can not complain about the lack of things to do, as the series has been blessed with a very active modding community. If you want to get acquainted with its achievements, we recommend four projects to start:

1 in 3 Gamedevs Sees Potential of NFT in Video Games

Work on Lego Star Wars: Skywalker Was a 5-year Crunch