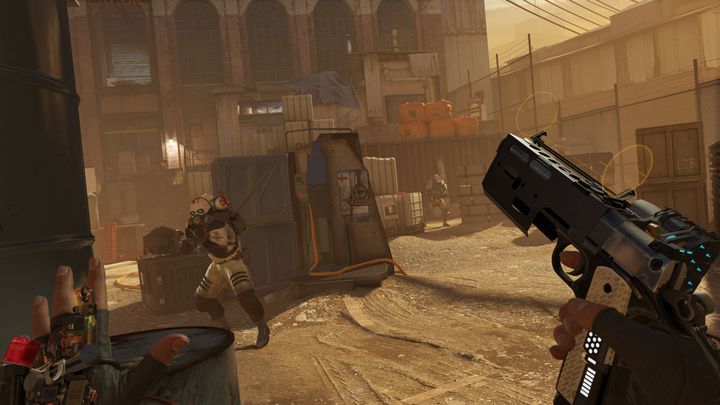 Half-Life: Alyx is one of the most interesting releases of the year.

PlayTracker reports that Half-Life: Alyx - the first-person shooter from Valve Software, which was developed with VR technology in mind - has a chance to be one of the biggest Steam releases of 2020. According to the website's statistics, the title can boast over three hundred thousand pre-orders, and the copies sold on the day of the release should let it outsell such games as TemTem, Wolcen: Lords of Mayhem, Borderlands 3 or Metro Exodus.

Among the March launches, only Doom Eternal can actually threaten Half-Life: Alyx - and only if it can do better than expected (which is not out of the question, especially considering how bad the beginning of this year turned out to be in terms of new games). This is impressive, because VR goggle users are only 1% of the entire Steam community. It is worth noting that these 300,000 copies also include copies offered under various promotions - including those added to Valve Index sets. The latter are owned by 7% of the platform's VR set users, i.e. approximately 119,000 players (Alyx works with all Steam VR compatible headets). Index has not been available for a long time (all copies have been sold out), but recently it returned to sale on Steam.

PlayTracker enables us to gather in one place information about game time, achievements and other similar statistics, on all our accounts and platforms (or at least those that you will be connecting to it). The service works with websites such as Steam, PlayStation Network, Xbox Live and GOG, as well as several individual games (Overwatch and Guild Wars 2 for the time being, but more are expected in the future).

Of course, Alyx is unlikely to keep its first place by the end of this year - there are already some very serious players looming on the horizon, like Marvel's Avengers or Cyberpunk 2077. But let's be honest, for a title requiring VR goggles, even a place in the top 10 will be an amazing achievement (the only comparable situation is the appearance of Blood & Truth on the list of 10 best-selling games in the UK and Beat Saber, which made it to the top 100 on Steam). Is that enough to change the approach to the technology? We will see.

The success of the latest installment has also contributed to an increase in interest in the previous games in the series (including the great sales of Black Mesa, an ambitious remake of the first installment developed by Crowbar Collective). We would like to remind, that Half-Life: Alyx will launch on March 23, this year, exclusively on PC.

TFT Launches on iOS and Android