It will only be a few months before we can play Hogwarts Legacy. The wait for the release may be made more pleasant by the option just made available by the devs, enabling us to link our Harry Potter Fan Club and WB Games accounts. 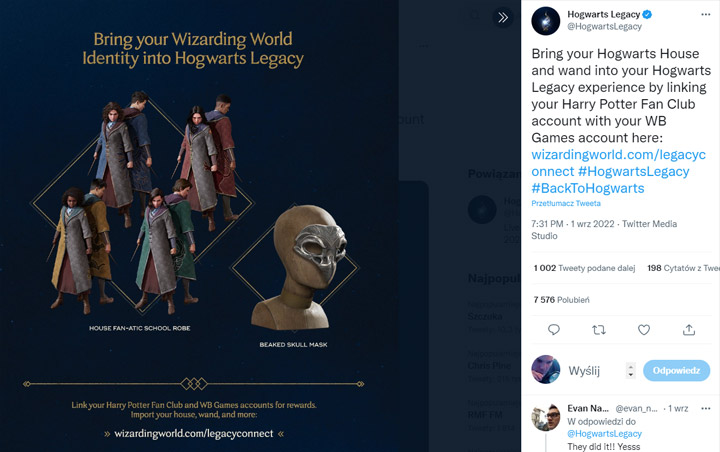 Recall that in Hogwarts Legacy players will be given the option to create their own student to attend the titular school. Therefore, combining accounts makes sense, since it will be our character who will be able to take advantage of all the attractions described above.

Hogwarts Legacy is being developed for PC, Xbox One, PlayStation 4, Nintendo Switch, PlayStation 5 and Xbox Series X/S. The game recently suffered a slight delay - a new release date has been set for February 10, next year. However, this date does not apply to the Nintendo console version, which will be released later.

Cyberpunk 2077 Praised After Patch 1.6; Lack of DLC on Last-gen Criticized

RDR2 Not Quite Dead Yet; Sizable RDO Update Goes Live