Despite more than five years having passed since its release, the strategy game, Hearts of Iron IV is still very popular among modders. One of the most interesting mods for the game The Great War just got a new version.

The update has been given number 0.15.3 and is subtitled Impassable. To install the mod you will need Hearts of Iron IV version 1.10.8 "Collie". Ensuring compatibility with this patch is, by the way, the main reason for releasing the new edition of The Great War. What's more, the creators have fixed many bugs and changed a lot of portraits.

Changes introduced to HoI4 by 1.10.8 "Collie" are so big that after adjusting the mod for the update old save game files may stop working, forcing us to start a new game. 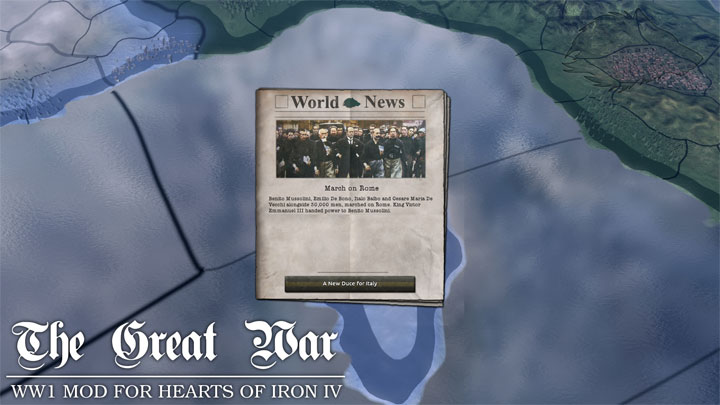 The Great War is currently one of the most popular mods for Hearts of Iron IV.

The Great War is an extensive mod that enables us to start the game in 1910 and take control of one of many nations from the World War I period and the years preceding the conflict. The authors of the project have prepared a lot of new elements such as units, technologies, characters, flags, sounds, and events. The geopolitical situation on the map, the gameplay balance, and a lot of mechanic have also been changed. The whole thing is already quite well polished and can provide a lot of fun.

It is worth mentioning that the authors of the mod, people from the Wolferos group, for several months have been working in parallel on their own commercial game Fields of History: The Great War, which will expand on ideas from the mod.

SSDs Tested in PS5; No Major Differences in Performance Found

 Steam Deck is a Full-fledged PC, Only Portable - Impressions From the Press Show