I have bad news for science fiction and strategy fans who have been anticipating the release of Homeworld 3. Studio Blackbird Interactive announced today via Twitter (below) that the title will be delayed and will be released not in the fourth quarter of 2022 - as previously assured - but only in the first half of 2023.. 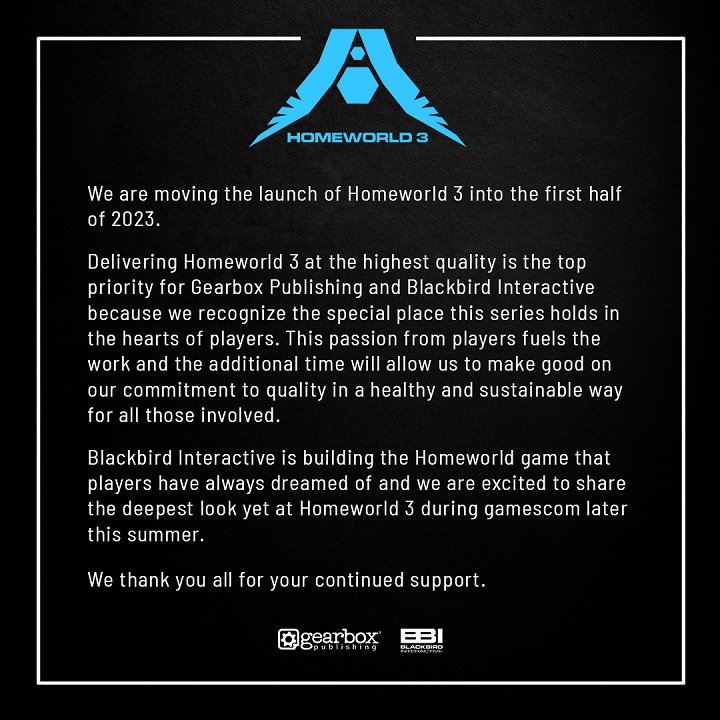 As a reason, the developer pointed to the desire to refine the game - so that it meets the expectations of the dedicated community. Both the developers and the publisher, Gearbox Publishing, wants the players receive the game they have always dreamed of.

Thus Homeworld 3 joins the ranks of games such as Starfield or Redfall - due out in 2022, but ultimately delayed. Could this have been influenced by the developer's transition to a four-day work week? Hard to say. Is this the last of this type of information we will receive in the near future? I dare to doubt it.

Both Xbox Games Showcases Will Provide 3 Hours of Entertainment; Watch Out for Leaks

The Walking Dead: Last Mile May Look Like a New Telltale Game, But it's Not