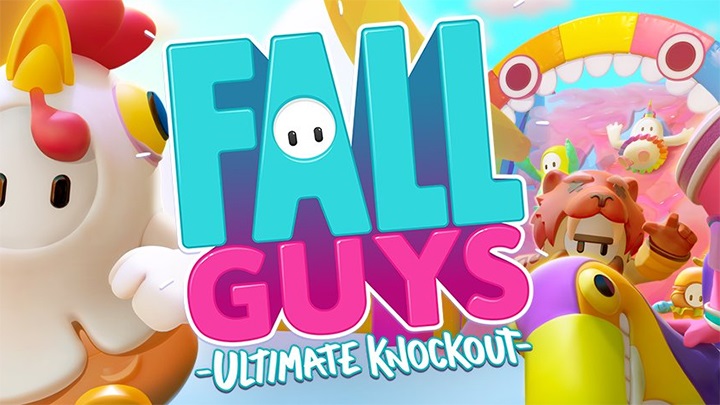 Have the lovely beans already won your hearts?

Fall Guys: Ultimate Knockout is a new arcade game that is winning the hearts of players around the world. After the successful launch, many well-known companies have decided to show their skin designs for Fall Guys on Twitter. In this way, Internet users had the opportunity to see, among others, an alternative version of Colonel Sanders. The game's developers decided to roll with it and turned the fun into a real competition. Companies that were so eager to show their skins will now have the opportunity to have them appear in the game. Provided that they win an auction.

Last night, a tweet announcing the battle of companies appeared on Fall Guys account. The rules are simple. For the next 2 weeks, there will be an auction on Twitter, which will be won by the party who donates the most money to the charity SpecialEffect. After that time the devs of Fall Guys will contact the winner and when he makes a donation to the organization's account, they will determine the legal details. The reward for supporting SpecialEffect will be the addition of a skin inspired by the winning company.

What is SpecialEffect? It is a UK-based charity that helps disabled children and adults to experience some fun in life. SpecialEffect creates specially tailored gaming sets to make them feel comfortable. In addition, the organisation is working on several projects that will enable more games to be made accessible for disabled people in the future.

So, how does the action currently look like? Warframe reacted the fastest, after just an hour and offered $20,000. However, the creators of the shooter were quickly beaten by Bisect Hosting, which apparently wants to see its skin in the game badly, because it has already bid twice. The action was also joined by a well-known youtuber - Mr Beast, who offered 100 thousand dollars. However, the situation is dynamic and there are more and more new offers.

The creators of the charming title support crossovers. Recently, they have offered to cooperate with CD Projekt RED, and already now the skins of Scout from Team Fortress 2 and Bulletkin from Enter/Exit the Gungeon have been added.

Probably the fiercest fight is still before us. In the original post, Fall Guys tagged Twitter accounts of such companies as: KFC Gaming, Walmart Canada Gaming, Monster Energy or Red Bull Gaming. Who will do something good for the world and get the custom skin?

That's How You Become an Avenger; Recorded Audition for Spider-Man