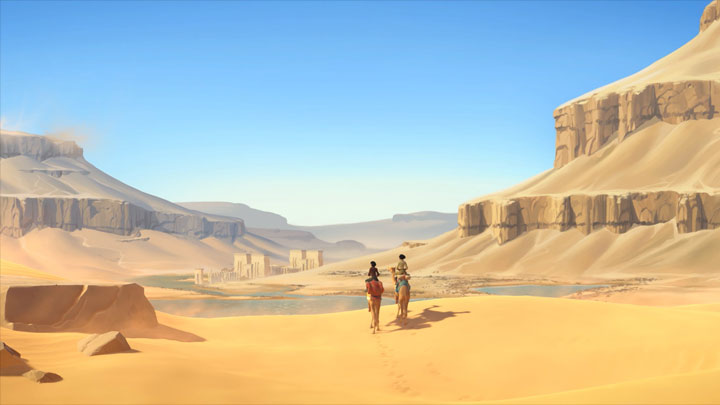 The news is not good for people interested in playing In The Valley of Gods.

Unfortunately, speculations from October have been confirmed. The co-founder of Campo Santo, Jake Rodkins, reported that work on the adventure game In the Valley of Gods has been suspended. However, he stressed that the project had not been cancelled and that development of the title could be resumed in the future.

Let us recall that speculation about the uncertain fate of the game appeared after it was noticed that it was removed from the twitter profiles of Campo Santo members. Last year, the team was bought Valve, so many fans suspected that the developers had been moved to work on other projects.

This speculation has proven to be accurate. People from Campo Santo are currently helping with Half-Life: Alyx. The team became famous for its first-person adventure game Firewatch and the experience gained in this project turns out to be very useful in the work on a VR game.

Other people from Campo Santo are currently involved in the development of Dota Underlords and Steam. As Jake Rodkins explains, Valve allows employees to choose what they want to work on themselves. Developers from Campo Santo started to help with other projects and eventually turned their attention to them.

Sam Rodkins does not lose hope that In the Valley of Gods will be finished someday. So far, the planned release date, slated for the end of this year, has benn removed from the game's Steam profile.

In the Valley of Gods