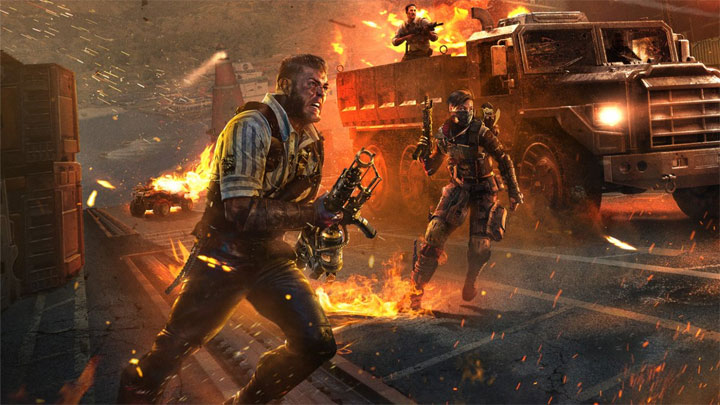 Working at Treyarch is not a pleasant experience, especially for testers.

In recent months we have heard many times about poor working conditions in popular developer studios such as BioWare, Epic Games or NetherRealm. It turns out that Treyarch also belongs to this disgraceful group, as we learned from an article by Jason Schreier published on Kotaku.

The problems in Treyarch can be divided into two categories. The first one concerns the studio's own employees, whose stories coincide with the stories of developers from many other teams. The second group includes the Volt group, which provided testers for Call of Duty: Black Ops IIII.

The biggest problem of Treyarch's employees is naturally the so-called crunch. As usual, it was caused by poor project management. Call of Duty: Black Ops IIII was originally intended to offer a highly unusual story campaign. In each mission two teams of two players with opposing objectives would fight each other. For example, one was supposed to protect a journalist and the other to kill him. In the absence of those willing to play, the empty space would be occupied by artificial intelligence.

After two years of work, it was decided to abandon this mode. It was decided to transform its elements into a traditional single-player campaign. It quickly became clear that it was impossible to do it in less than a year. Ultimately, it was decided that the situation can be salvaged by introduing the Blackout mode, based on the battle royale formula. Developers were given only nine months to develop it. The need to finish the work in such a time resulted in a massive crunch. The situation was aggravated by the fact that the game's release was rushed by a month, because Activision was afraid to compete with Red Dead Redemption 2 in November.

Developers were additionally upset that the development of Call of Duty: Black Ops III looked similar. In the case of this game, initially the campaign was supposed to offer an open world. The decision to abandon this idea was taken in the middle of the development cycle. The bosses promised then that they would not allow this to happen again. As you can see, they didn't keep their word.

As if that weren't enough, Activision decided to hand over the next year's installment of the series to Treyarch. The team will receive only two years to develop the game, instead of the standard three.

Treyarch developers' problems pale in comparison with what the testers are experiencing. They are employed by the Volt company, which lends Activison employees of this type. This means that they are not formally members of the main team and are therefore treated much less favourably.

The parking lot for testers is located in a different place from the rest of the employees. It is ten minutes' walk from the office. When meals are brought in for Treyarch's developers, testers are not allowed to eat them. Sometimes they are allowed to go through the leftovers, one hour after the meal is over. They also work in groups of 10-12 people in rooms designed for 6-7 people.

Testers usually earn $13 per hour, which is only one dollar more than the minimum wage in the state of California. Treyarch is based in Los Angeles, where the cost of living is so high that it's hard to survive without taking overtime as part of a crunch. Volt employees are not usually invited to company events either.

The fact that testers are not formally part of Treyarch means that they are not covered by the bonuses paid to other developers after the success of the games. So they had to bear watching developers drive up to the office in newly purchased Jaguars and Teslas while reading about the 15-million-dollar bonuses that Activision bosses granted themselves.

Testers work on another floor, and bosses tell them they shouldn't be in direct contact with Treyarch developers. The situation is so absurd that some friends from both groups officially pretend that they do not know each other, so as not to be exposed to the consequences.

Kotaku also describes situations when in the final phases of development of Call of Duty: Black Ops IIII the testers worked in two 12-hour shifts. Spring and summer in California are very hot, but the air conditioning was turned on only on the day when the people of Treyarch were in the building. The nights are cooler of course, but the rooms were heated by computers and consoles, so the testers often sat in clothes soaked in sweat. Only after two months of requests did the air conditioning stop being switched off at night, although there were still days when it was done.

Treyarch's approach to testers is well illustrated by the fact that the studio learned about being entrusted with the development of the next year's installments of the series not from their bosses, but from an article on Kotaku.

In response to the publication, the management of the studio sent an email to the employees, but it contained only general statements about the desire to improve working conditions.