The condition in which Cyberpunk 2077 launched (especially on last-gen consoles) sparked a lot of controversy. Daniel Vavra, the head of Warhorse Studios, who created the warmly-received (and also buggy at first) Kingdom Come: Deliverance, decided to take the floor. As he wrote on Twitter, in his opinion CD Projekt RED's work is "the best game in years". 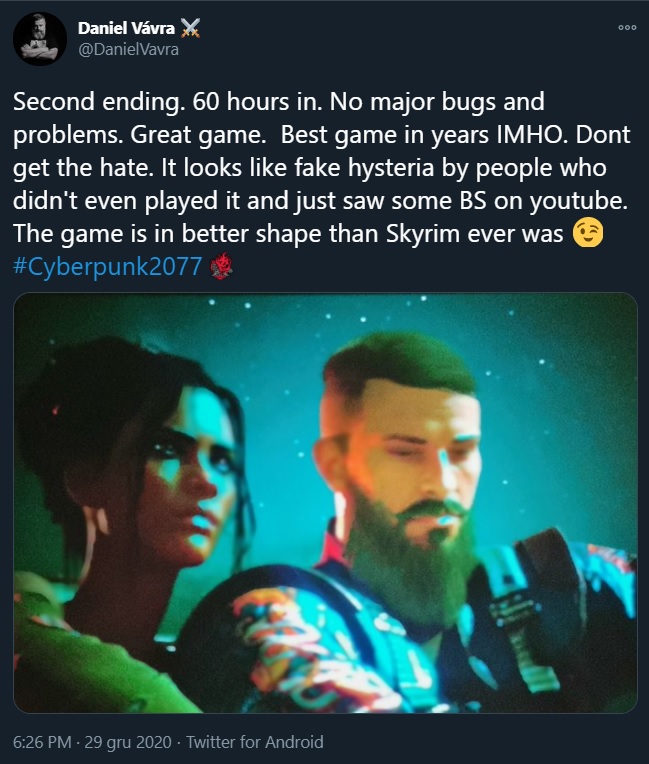 As Vavra argues, he managed to complete this game twice across sixty hours. During this time he did not encounter any major errors or problems. Furthermore, he stated that he "doesn't understand the hatred" for the game.

It's worth noting that among famous people from the industry and beyond, Vavra is in minority when it comes to the approach to Cyberpunk 2077. Admittedly, Hideo Kojima established a fruitful cooperation with CDP (which did not appeal to the players), but Chris Roberts, currently working on Squadron 42 and Star Citizen pointed out that the game was released before it was "free from issues and fully ironed out". He was also partly seconded by Elon Musk, who mocked CD Projekt RED's work, although at the same time he said that he liked the game after a brief experience. 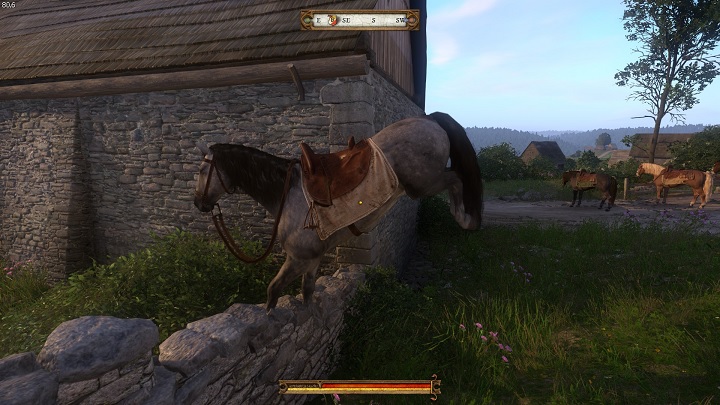 Daniel Vavra knows perfectly well that dealing with a game's problems before the launch is not such a simple matter. Kingdom Come: Deliverance also had its share of trouble. Source: GameWatcher.

Another matter is that Daniel Vavra finished Cyberpunk 2077 twice in sixty hours, which proves that these were somewhat speedrunish playthroughs. Although the main storyline of the game can be completed in just twenty hours, there are also plenty of side missions in Night City to complete, which is a task for at least several dozen hours. On the other hand, the rush is fully justified in his case. It is worth reminding that his team is working on the next game - in April, Warhorse Studios published photos from the motion capture session for their new, yet unannounced project.

Mandalorian's Pedro Pascal Doesn't Know How Many Seasons Will be Made

PS Plus in January: Shadow of the Tomb Raider, GreedFall and Maneater

Wonder Woman 1984 Beats Tenet and Saves Cinemas in the US

Mandalorian's Pedro Pascal Doesn't Know How Many Seasons Will be Made