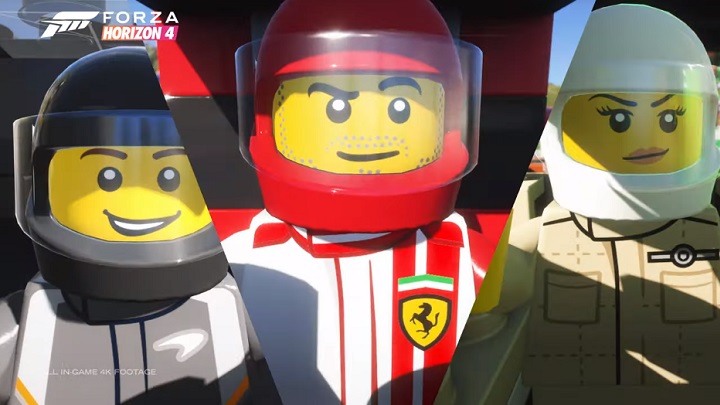 After Hot Wheels, it was time for LEGO.

Microsoft's E3 2019 conference confirmed further rumors. During the event, Forza Horizon 4 LEGO Speed Champions, a new add-on to Horizon 4, was announced. As the title suggests, the expansion pack will introduce LEGO bricks to the game, allowing us to assemble our own collection and build famous cars. The DLC will debut on June 13, 2019. For now you can watch the DLC trailer below.