Games added in sets to consoles, designed to encourage potential players and form the first element of their future library, are nothing new. However, they usually appear either in physical form on a disc or cartridge, or in digital form as a key to use. Both of these things could be resold. Apparently, however, Microsoft employees have come to the conclusion that they want their customers to buy their consoles with a game that actually interests them. That is why they introduced Digital Direct.Here's the official description of the feature:

"With Digital Direct, no codes are required. All digital content including games, subscriptions, and exclusive content will be redeemed to your Microsoft account and directly delivered to your Xbox console during setup." 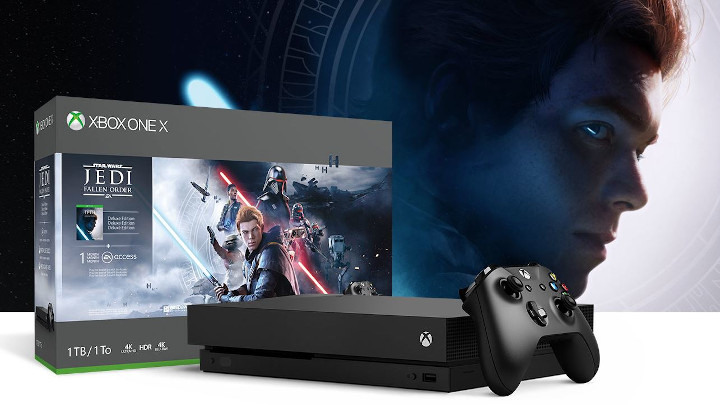 When you buy an Xbox console with the game, you will no longer receive a separate code to use.

Consequently, this means that all games and other bonuses included in a given set are assigned to the Xbox unit they are sold with. They can be linked to any single (and only one) account that we log in to. Instructions on how to do this can be found here. It is worth noting that the moment of game activation or bonus activation depends on the user.

Importantly, Digital Direct is also present on PC (Windows 10), where the feature works similarly to Xboxes, so if we buy hardware that comes with a game or an Xbox Game Pass subscription, we will be able to assign it to our account via the "Attached to this device" option, which we can access by expanding the "See more" menu on the "My library" screen in Microsoft Store.

Digital Direct function is already used by the special edition of Cyberpunk 2077-themed the Xbox One X console. One Reddit user has provided information on this subject.